Right to the City Agenda in France: second round of municipal elections 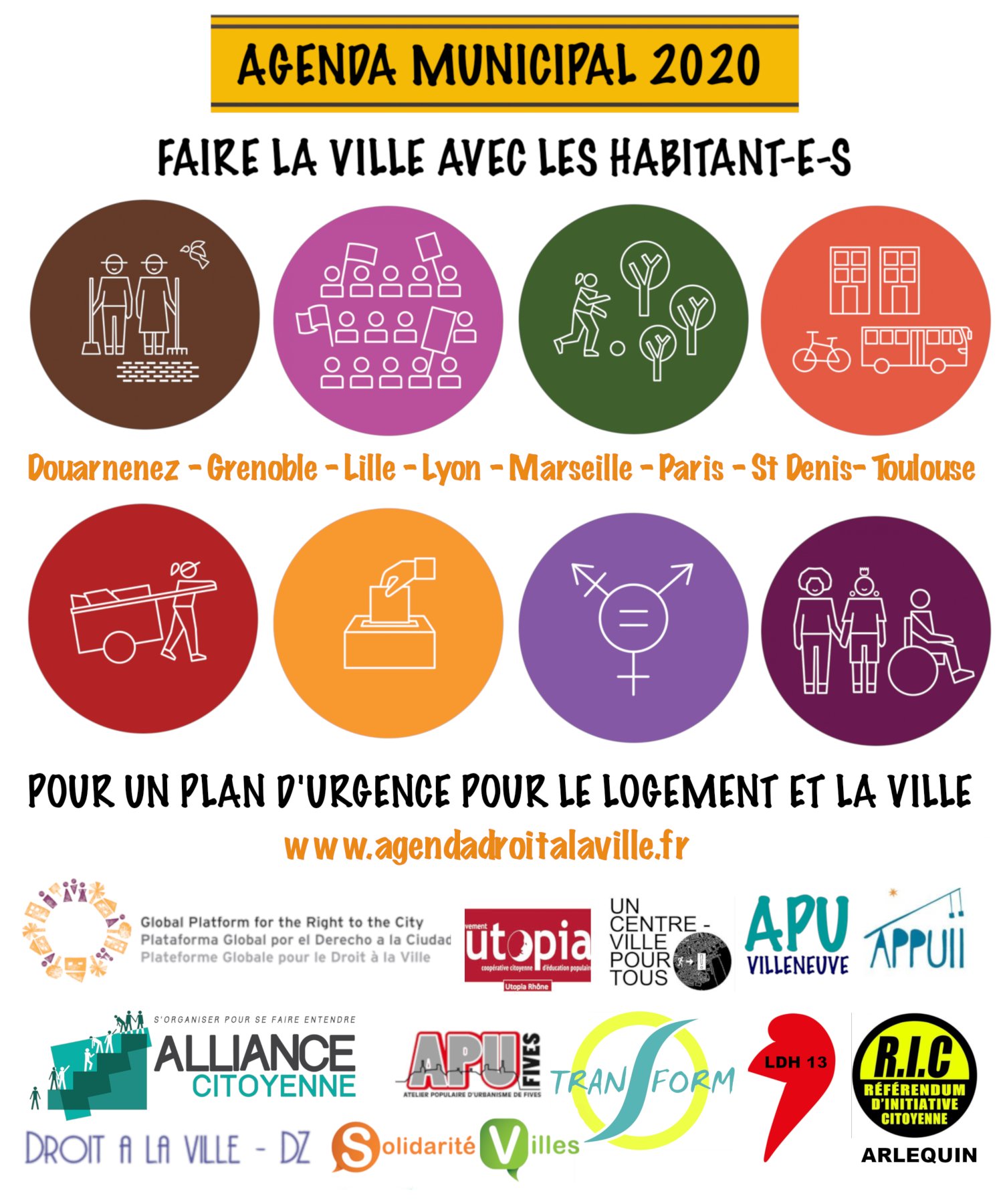 COVID-19 has caused an unprecedented crisis. While it is still too early to measure all the consequences, this crisis has revealed the extent of social inequalities: mortality was higher in working-class neighbourhoods with fewer public services, where housing conditions were more difficult and police control was tightened.

In some towns in Seine-Saint-Denis, mortality increased by 128% compared to the same period of the previous year according to INSEE. Today the emergency for the inhabitants is survival. They have to pay their rent and food expenses to feed their families. Housing expenses can represent on average 40 to 50% of household income. Short-time work or the loss of a job multiplies the situations of indebtedness and non-payment.

While solidarity networks and residents’ organisations have made it possible to respond to certain emergency situations, they need support to help build public policies that must be up to the challenge.

During the first round of municipal elections in March 2020, residents’ organizations in Grenoble, Lyon and Marseille initiated the campaign “The Agenda for the Right to the City” which gathered 350 proposals. Without limiting ourselves to electoral deadlines, we are launching an advocacy campaign for the second round of municipal elections which will take place on June 28th. The elections are an opportunity to debate our demands for the construction of an agenda for the right to the city.

To respond to this crisis, two sets of proposals seem to us to be priorities:

In the face of the crisis, many people living in working-class neighbourhoods are experiencing economic difficulties that impact their ability to pay rent and utilities. If nothing is done, the crisis will lead to evictions and a massive increase in poverty.

We call on local and national decision-makers to put in place adapted and robust public policies to respond to the challenges revealed by the health, social and economic crisis.

This is why we ask :

These emergency measures are to be integrated in an exceptional plan for housing and the city co-constructed with the inhabitants, in respect of environmental rules, aiming at :

For years, residents’ organizations have demanded to be associated in the city construction. Despite the reform of the city policy in 2014, which introduced the principle of co-construction, concrete changes are still awaited, especially in social housing operations, which are often an ecological and social aberration.

In order to put the inhabitants back at the centre of these projects, we are asking to:

The civil organizations carried out a day of simultaneous actions in different cities through local actions and/or convergences with social mobilizations (procession for the regularization of undocumented migrants, housing for all, action against police violence…).

The city-wide solidarity that has developed in this period of crisis shows the extent to which cities can embody islands of resistance and be places for experimenting with struggles that can lead to new social projects.

With the support of the Global Platform for the Right to the City www.right2city.org