Home / Right to the City components

Right to the City components 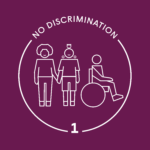 A city/human settlement free of discrimination based on gender, age, health status, income, nationality, ethnicity, migratory condition, or political, religious or sexual orientation. A city/human settlement that embraces minorities and ethnic, racial, sexual and cultural diversity, which respects, protects, and promotes all non-discriminatory customs, memories, identities, languages, and artistic and cultural expressions of its inhabitants. 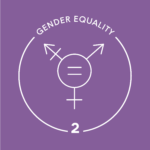 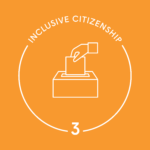 A city/human settlement of inclusive citizenship in which all inhabitants, (whether permanent or temporary) are considered as citizens and granted equal rights (e.g. women, those living in poverty or situations of environmental risk, informal economy workers, ethnic and religious groups, LGBT persons, people with disabilities, children, youth, the elderly, migrants, refugees, street dwellers, victims of violence and indigenous peoples). 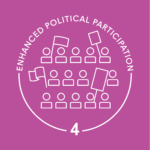 A city/human settlement with enhanced political participation in the definition, implementation, monitoring, and budgeting of urban policies and spatial planning in order to strengthen the transparency, effectiveness and inclusion of the diversity of inhabitants and their organizations. The Right to the City implies responsibilities on all spheres of government and citizens to exercise, claim, defend and promote equitable governance and the social function of all human settlements within a human rights habitat. 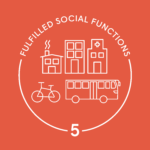 A city/human settlement fulfilling its social functions, that is, ensuring equitable and affordable access for all to housing, goods, services and urban opportunities, particularly for women, marginalized groups and people with special needs; a city/human settlement that prioritizes the collectively defined public and social interest, ensuring a just and environmentally balanced use of urban and rural spaces, and that recognizes and support the social production of habitat. 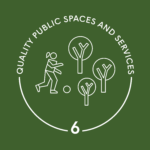 A city/human settlement with quality public spaces and services that enhance social interactions and political participation, promote sociocultural expressions, embrace diversity, and foster social cohesion; a city/human settlement where public spaces and services contribute to building safer cities (especially for women and girls) and to meeting the needs of its inhabitants (especially those related to livelihoods). 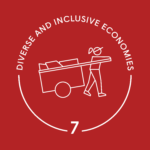 A city/human settlement with diverse and inclusive economies that safeguards and ensures access to secure livelihoods and decent work for all inhabitants, gives room to other economies (e.g. social and solidarity economy, sharing economy), recognizes the domestic care and community work developed largely by women and ensures the full development of women and girls. 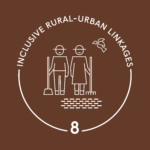