The International Meeting on the Right to the City aims to foster global and local debates on tools and strategies in order to implement the right to the city. The meeting will be held in Sao Paulo, Brazil, from November 12th–14th. The event is free of charge and registration is available on the website: http://www.righttothecityplatform.org.br/register-2/?lang=en

Participants will help to build a Global Platform on The Right to the City that enhances principles, themes, commitments, goals and indicators. This platform will be presented during the debates on the Post 2015 Development Agenda at the United Nations Conference on Housing and Urban Development (Habitat III), as well as before global and regional systems for the protection of human rights.

A Common Agenda for Action, Articulation and Social Mobilization will also be created in order to strengthen the international movement for the right to the city and for the acknowledgment of this right by United Nations institutions and local and international governments.

About the right to the city:

The right to the city is a concept and strategy that aims to reduce social inequalities brought by unplanned rapid urbanization processes. Today, more than half of the world’s population (approximately 3.4 billion people) lives in cities. This process is expected to continue at an alarming rate, marked by precariousness and informality in the occupation of the land. Currently, it is estimated that one-third of urban dwellers lives in slums and informal settlements.

According to one of the main theorists of the right to the city, the American geographer David Harvey, “the right to the city cannot be conceived simply as an individual right. It requires a collective effort and the formation of collective political rights around social solidarities”. (Free translations, The Freedom of the City. Espaço e Tempo Magazine, 2009).

The right to the city understands that citizens must take ownership of the urban environment, fully participating in its decisions and enjoying their services.

The International Meeting on the Right to the City is organized by the following entities: 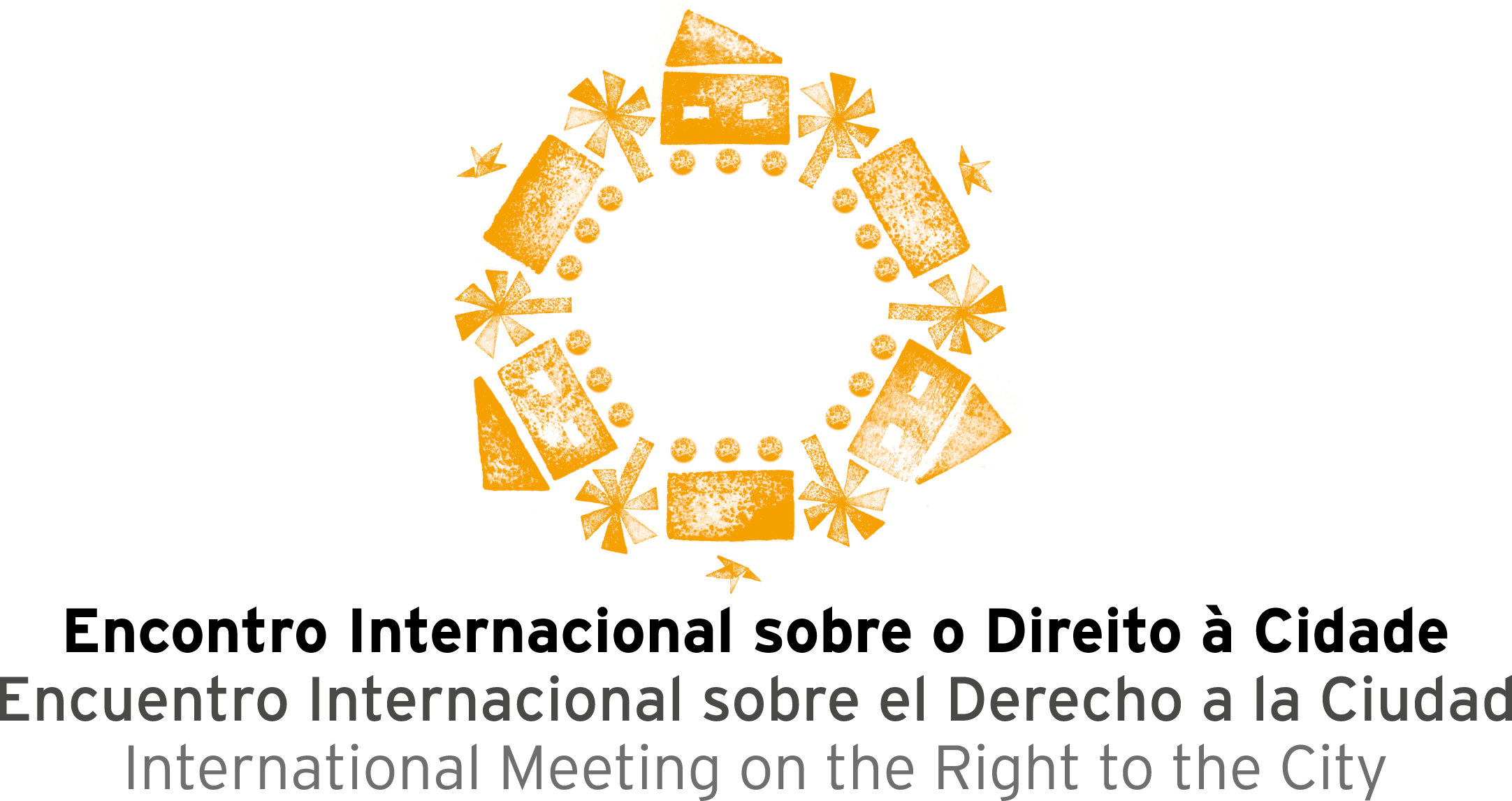