At Surabaya, Indonesia, 22-23 July 2016, The Global Platform for Right to the City hosted the Asia Regional Meeting II.

It was the two-day civil society-led parallel event to the PrepCom 3 Habitat III that took place in Surabaya from July 25-27.

Kota Kita supported the execution of the event by the Global Platform for the Right to the City. Such initiative embarked from the inherent belief that it is equally important to organise meetings of civil society leaders to supplement the high-level meetings amongst international leaders, national leaders, and policymakers. The civil society meetings aim to ensure that the voices and needs of all people, especially those of marginalized communities, are included in the global discussions. These meetings are important, in hope to influence the Habitat III agenda and the New Urban Agenda, making it more representative of civil society issues and ideas. The Asia Regional Meeting II aimed specifically for the ‘joint forces’ between civil society organisations from Indonesia, Asia and beyond to support ‘Global call for the inclusion of the Right to the City as the cornerstone of the New Urban Agenda’. 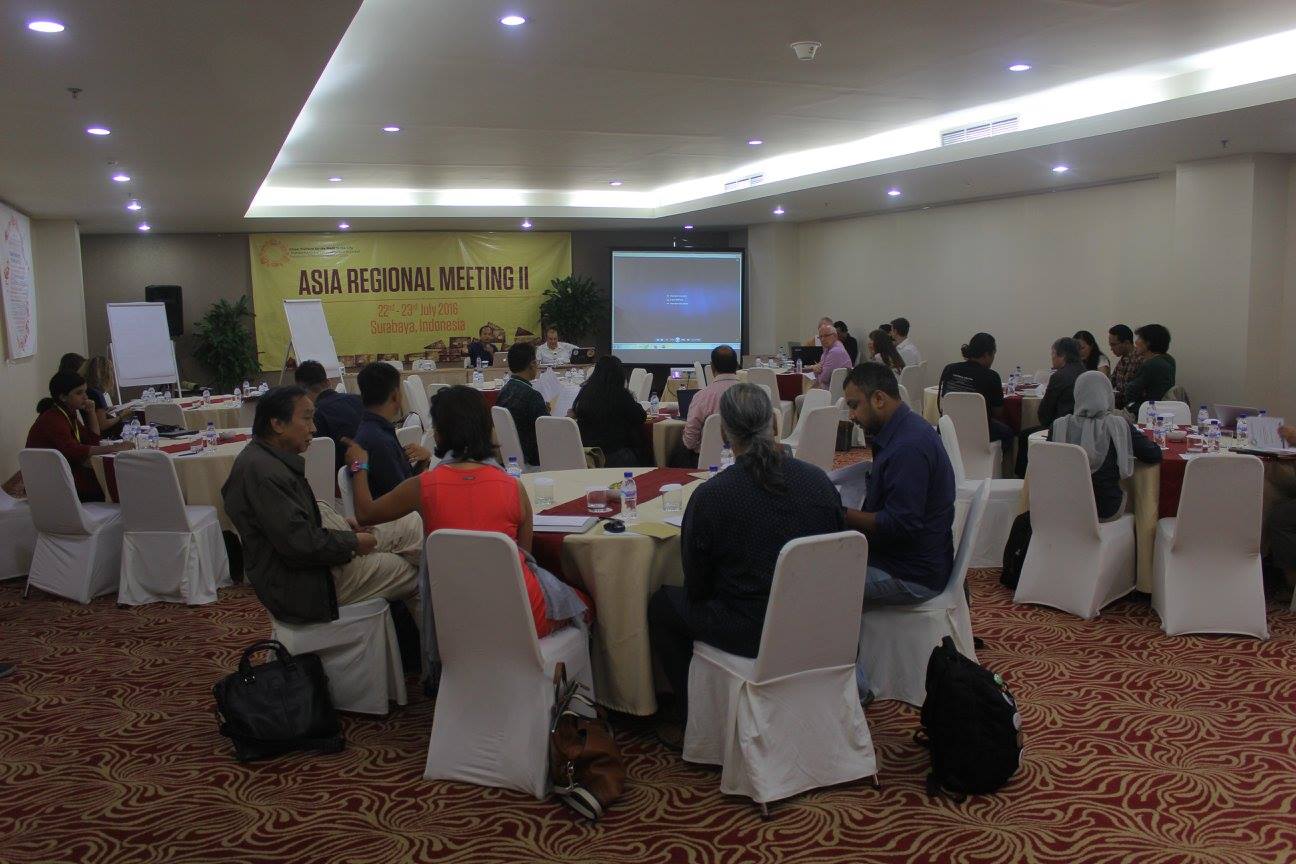