Marseille and the Right to the City

A City Center for All

The aim of the exchange sessions organised on 2 and 7 June was to apprehend Marseille and its recent transformations through the writings of Henri Lefebvre and a powerful analysis of the Right to the City. 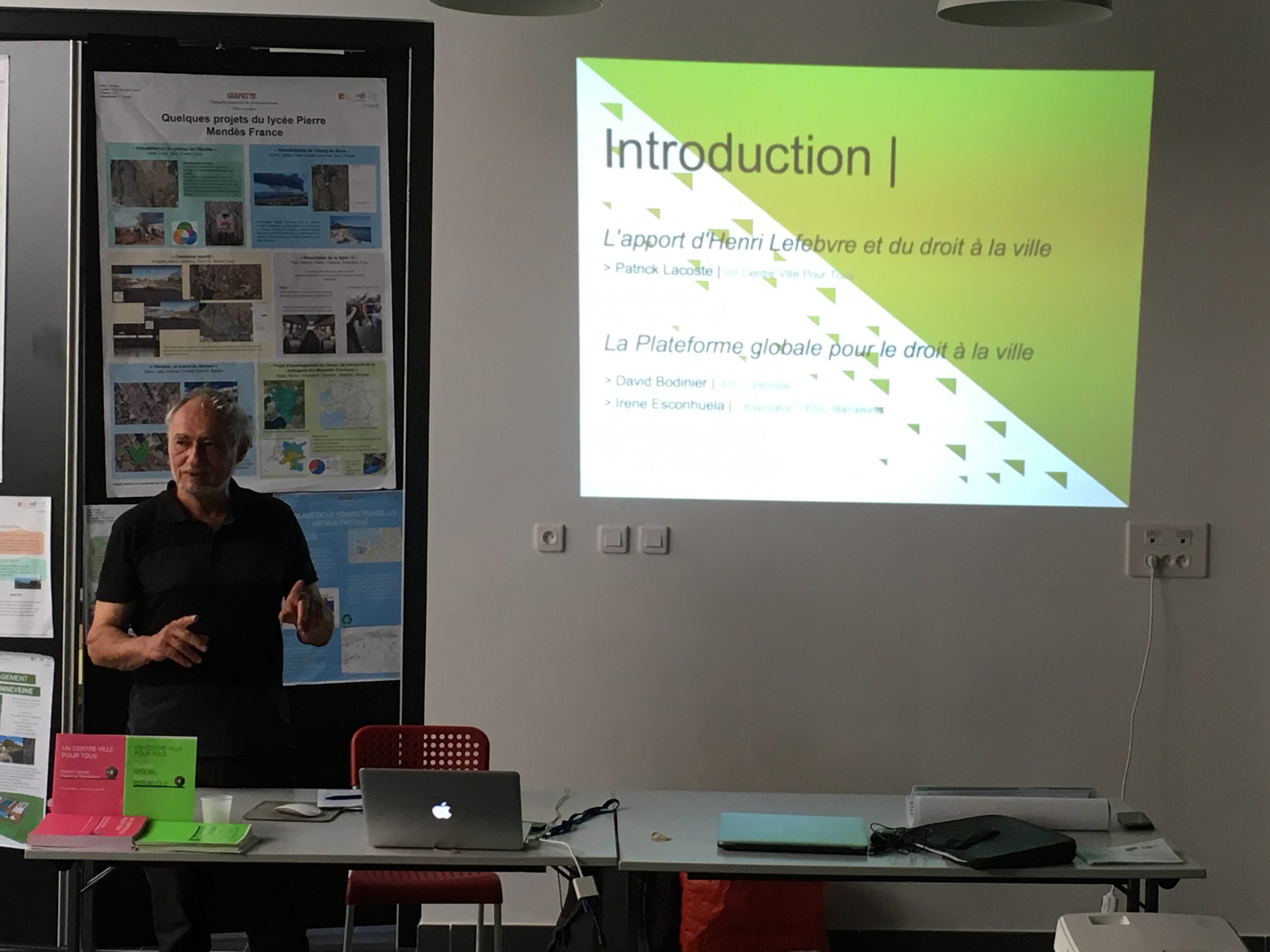 The first day, 2 June 2018, focused on the transformations of the Ruede la république and the quays, emblematic places of the financial and capitalist influence on the changes in the city of Marseille.

In the morning, about thirty people followed the urban walk ledby Patrick Lacoste (Un Centre Ville Pour Tous) from the quays of Roland Carta to the Rue de la République. This walk, marked by the testimonies of the inhabitants of the Rue de la République, made it possible to measure the gap between urban planning operations shaped by financial interests and the real need for housing and local businesses of the inhabitants. Fourteen years after its acquisition, half by the European investment fund  ANF, and the other half by the Lone Star investment fund, habitat rehabilitation has not been completed and half of the commercial space is empty. 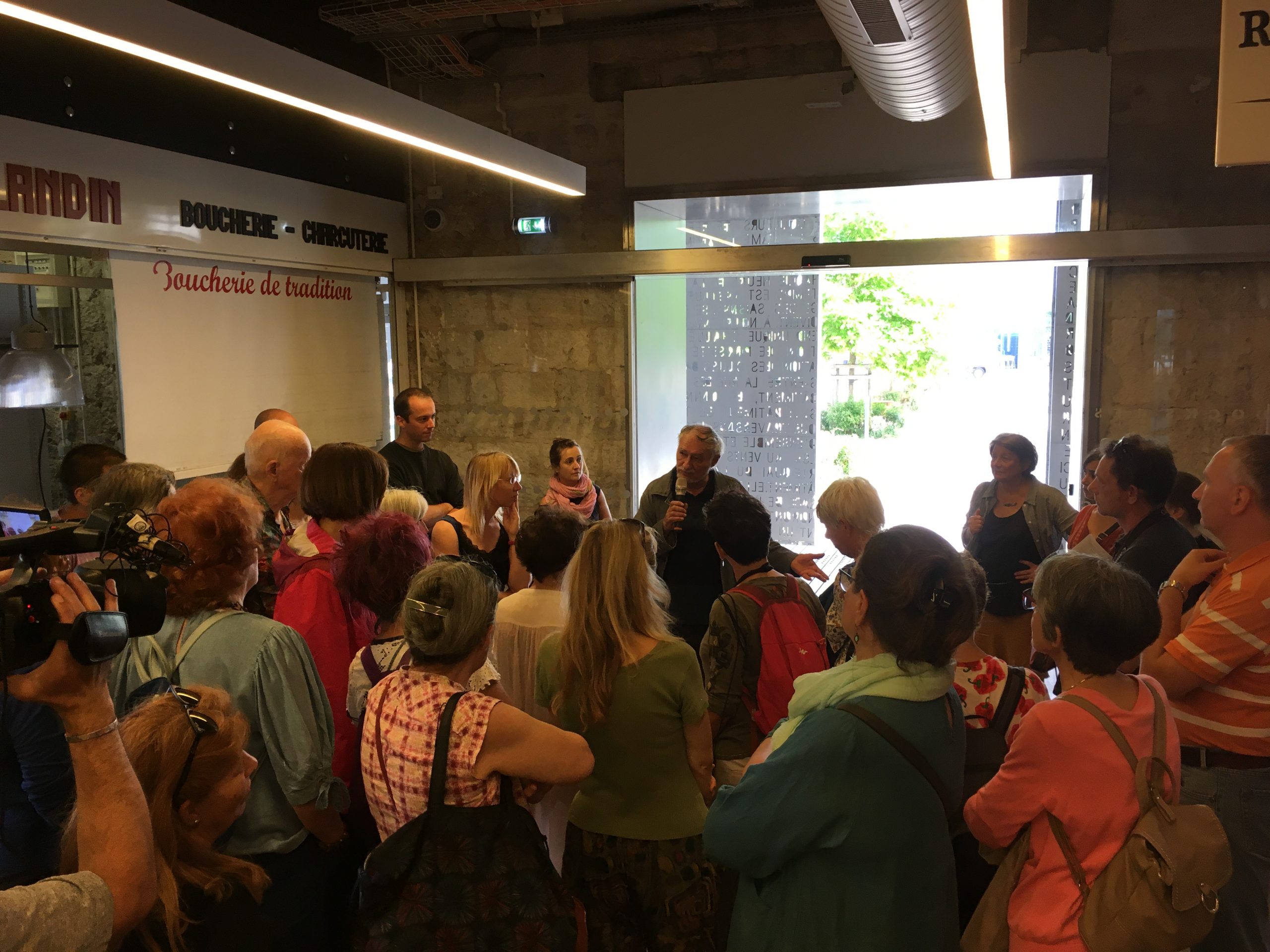 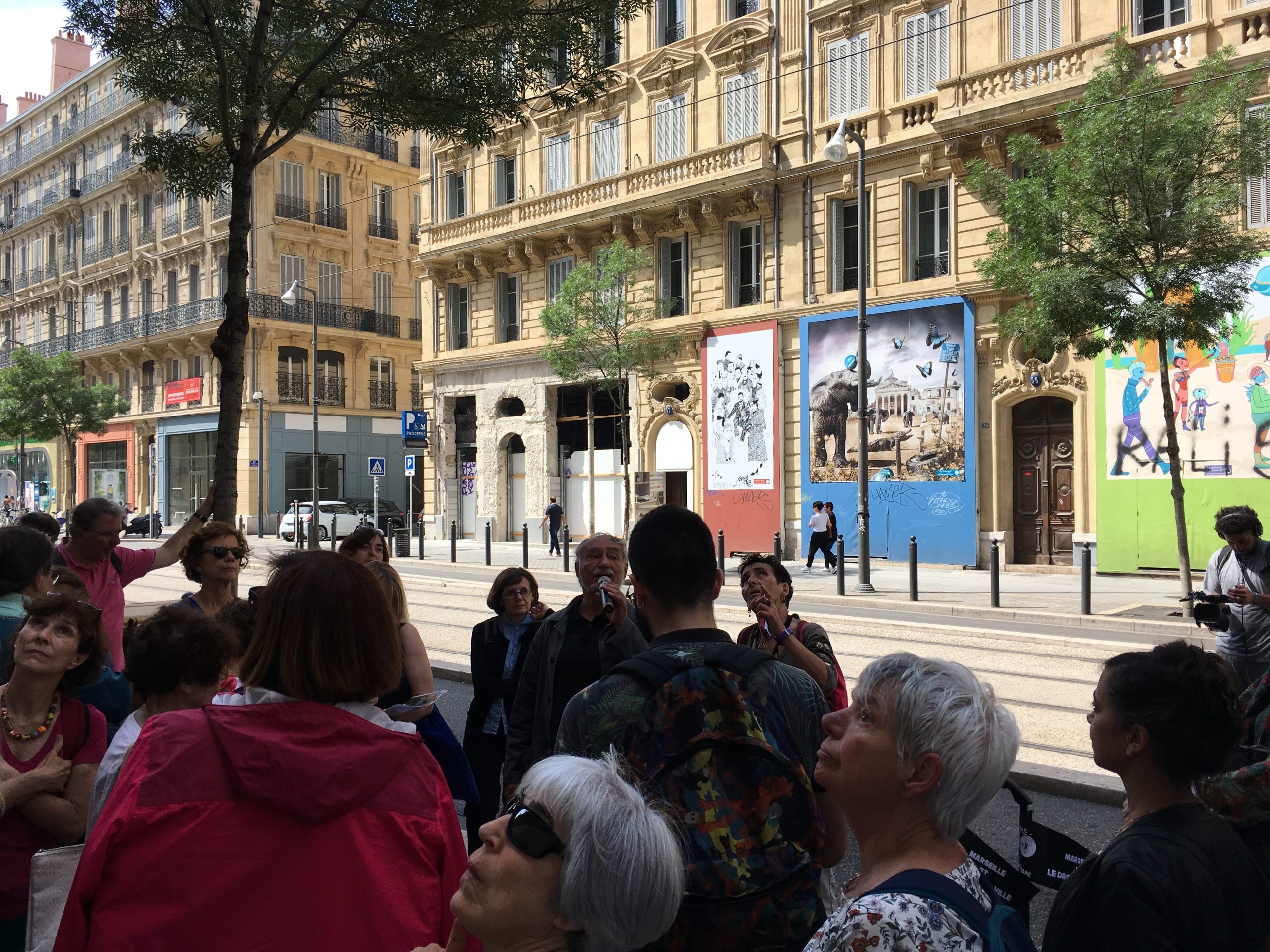 About sixty people attended the afternoon session, led by David Escobar, Vanessa Becciu and Elisabeth Dorier on the research work on the Rue de la République. 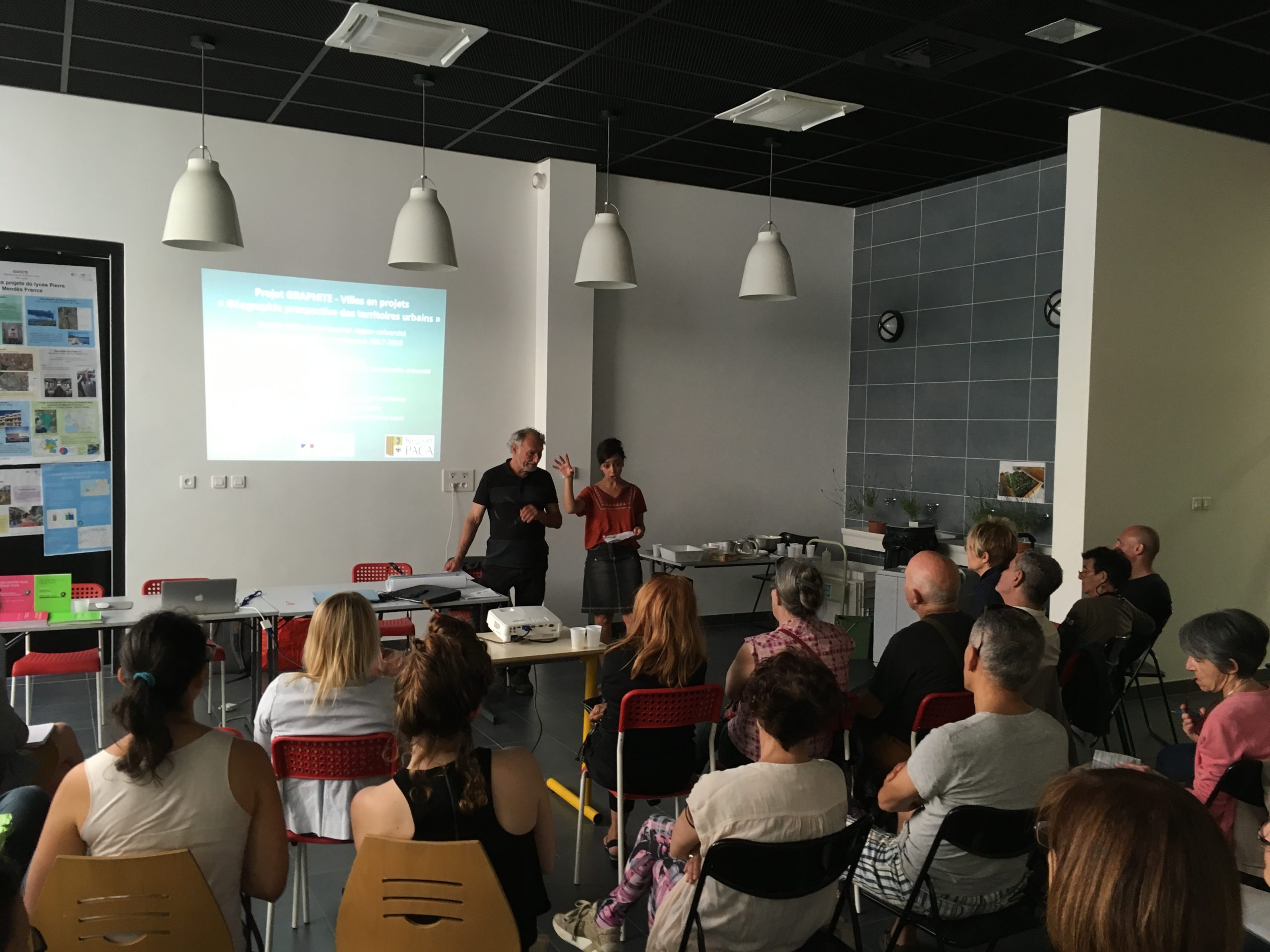 The ENCRE survey (Survey on lifestyle and residents) is the result of a call launched by Un Centre Ville Pour Tous in October 2015 and to which teachers and students from ENSA Marseille, ENSA Montpellier, Paris 3, LPED (Aix-Marseille), PACTE (University of Grenoble Alpes) and the Max Weber Centre (University of Lyon 2) contributed. Despite the initial desire of the operators and the City Council to expel the 550 tenant families in order to make way for wealthy families, the resistance of the inhabitants has allowed the relocation of hundreds of families tosocial housing. However, the “new inhabitants” did not stay long on this street, in particular due to the high rents of the private park and the disappearance of local non-franchised businesses. 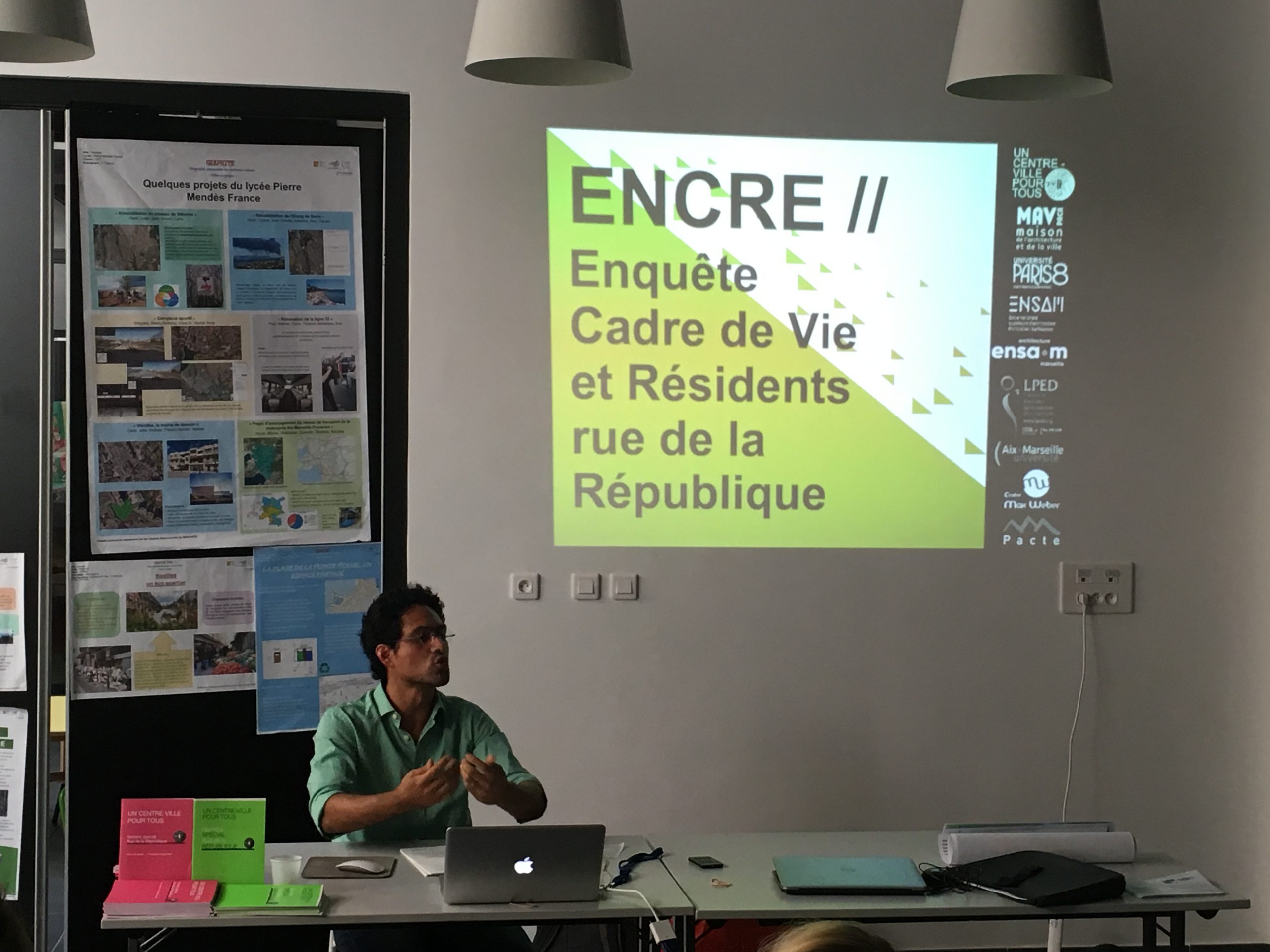 To give perspective to the issues of the Right to the City in Marseille, David Bodinier raised the points of confluence with the Grenoble issues addressed by the Atelier Populaire d’Urbanisme (APU) of “La Villeneuve”, as well as the international issues of The Global Platform for the Right to the City. In particular, David Bodinierdescribedthe main work of the APU, based on inhabitants and methods of popular education, in order to challenge attempts to demolish part of the city.

After the urban walk, and the restitution of the research works, a third format was realized, a gesticulated conference, that allowed the exploration of this topicso dear to Lefebvrein a different way .

Under the title “La Ville est à qui, elle a moi“, the gesticulated conference by Frantz and Mathieu brought together some sixty people at the Dar Lamifa on June 7. The activist urban walk, the restitution of university works, and the humorous lecture for the “Right to the City”, was a beautiful triptych.