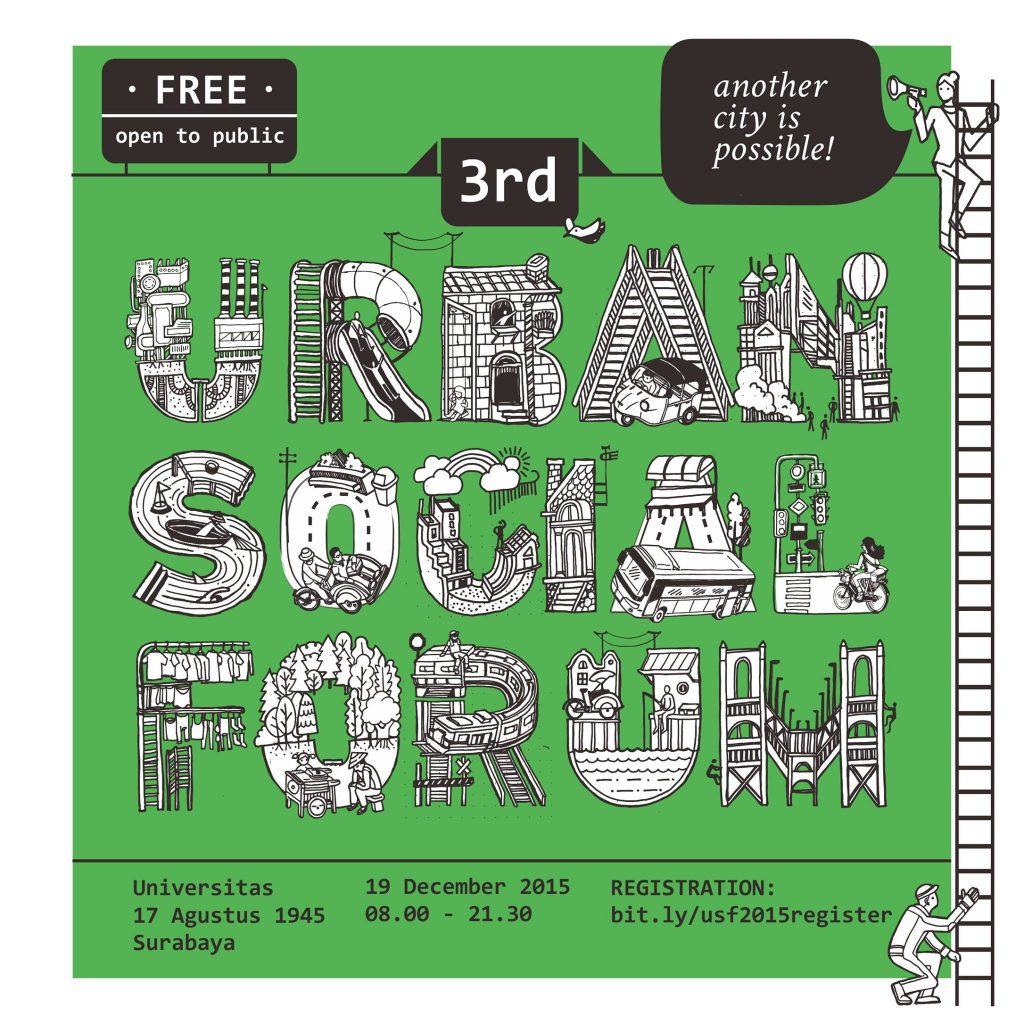 The city of Surabaya, Indonesia, hosts the Asia Meeting of GPR2C (Global Platform for the Right to the City) on this upcoming Sunday (December 20). The event is held in UNTAG (Universitas 17 Augustus 1945).

The meeting organized by GPR2C continues the debate on urban issues in a regional context, one day after the end of the 3rd Social Urban Forum, also based on the Indonesian university – the Global Platform will be represented by Nelson Saule Júnior and Shivani Chaudhry.

Around 50 participants from different countries and working fields, as representatives of social movements, academics, human rights defenders and public authorities, will be participanting in this debate.

The aim is to present the Global Platform and disseminate its principles, goals and actions; strengthening regional alliances and inviting new organizations to join it; discuss the meaning of the Right to the City in the Asian region; and share information and analyze setbacks, challenges and/or particular regional developments in the Habitat III process.

Right to the City in Africa

In late November, the Global Platform for the Right to the City also held a major debate on the implementation of the Right to the City in the Africa continent in Johannesburg, South Africa. The Regional Meeting in Africa, the first GPR2C´s local event, was held in University of the Witwatersrand (WITS) in the Auditorium Suskind Dorothy, John Moffat Building.

The event came on a strategic moment, when a lot of countries meet in South Africa to participate at Africities Summit 2015 , an event that brings, one day after, several entities to discuss the inclusion of this cornerstone theme in African countries.

Officer of international relations at GPR2C, Rodrigo Faria said that, for the first time, Regional Meeting promoted the contact between a lot of active organizations in the urban area from different African countries.

According to Rodrigo, “the event was a milestone for the discussion of the different meanings of the Right to the City in Africa, which are found singular urban and rural contexts.” After the meeting, emerged as proposed formation of a joint around the theme on the continent and the possibility of drafting an African Charter for the Right to the City, to be debated in the coming months.