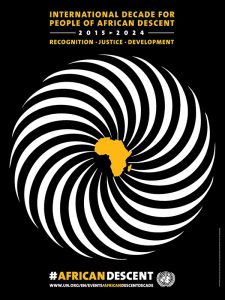 Every year, on March 21st, we celebrate the International Day for the Elimination of Racial Discrimination. This date marks the day the police in Sharpeville, South Africa, opened fire and killed 69 people at a peaceful demonstration against apartheid “pass laws” in 1960. Since then, the apartheid system in South Africa has been dismantled. Racist laws and practices have been abolished in many countries, and an international framework was built for fighting racism, guided by the International Convention on the Elimination of Racial Discrimination. The Convention is now nearing universal ratification, yet still, in all regions, too many individuals, communities and societies suffer from the injustice and stigma that racism brings.

This year, the International Day for the Elimination of Racial Discrimination was celebrated in the middle of the COVID-19 pandemic. This global crisis highlights how we are all interdependent and that responses to such challenges should be interconnected and based on solidarity. However, despite global messages of solidarity and cooperation, the emmergence of the pandemic has seen the rise of xenophobia and racial discrimination towards some communities affected by the disease, specially those in Asia and particularly China. In the face of the situation, the Special Rapporteur on contemporary forms of racism, racial discrimination, xenophobia and related intolerance, Tendayi Achiume published a press release clalling for governments to ensure that their responses to the COVID-19 crisis do not contribute to xenophobia and racial discrimination.

“Political responses to the COVID-19 outbreak that stigmatize, exclude, and make certain populations more vulnerable to violence are inexcusable, unconscionable, and inconsistent with States’ international human rights law obligations. (…) Furthermore, political rhetoric and policy that stokes fear and diminish the equality of all people is counterproductive. To treat and combat the spread of COVID-19 effectively, individuals must have access to accurate health advice and sufficient healthcare without fear of discrimination”, says the press release.

This year also marks an important moment as we head towards the celebration of the 20th anniversary of the Durban Declaration and Programme of Action (“DDPA”) in 2021. The DDPA is the most authoritative and comprehensive programme for combating racism, racial discrimination, xenophobia and related intolerance.  However, as of today, the General Assembly and the Human Rights Council have yet to formally commit to high-level convenings to commemorate the twentieth anniversary of the DDPA. UNder this context, Tendayi Achiume also released a statement calling for States to “adopt a multi-year programme and provide the programme with sufficient resources to raise the visibility and accessibility of the DPPA in collaboration with civil society organisations and communities subject to racism and xenophobia”.

You can read the full statement on the DDPA here and the press release on the COVID-19 Crisis here.