The exercise of Rights

A vision from urbanism and territorial planning 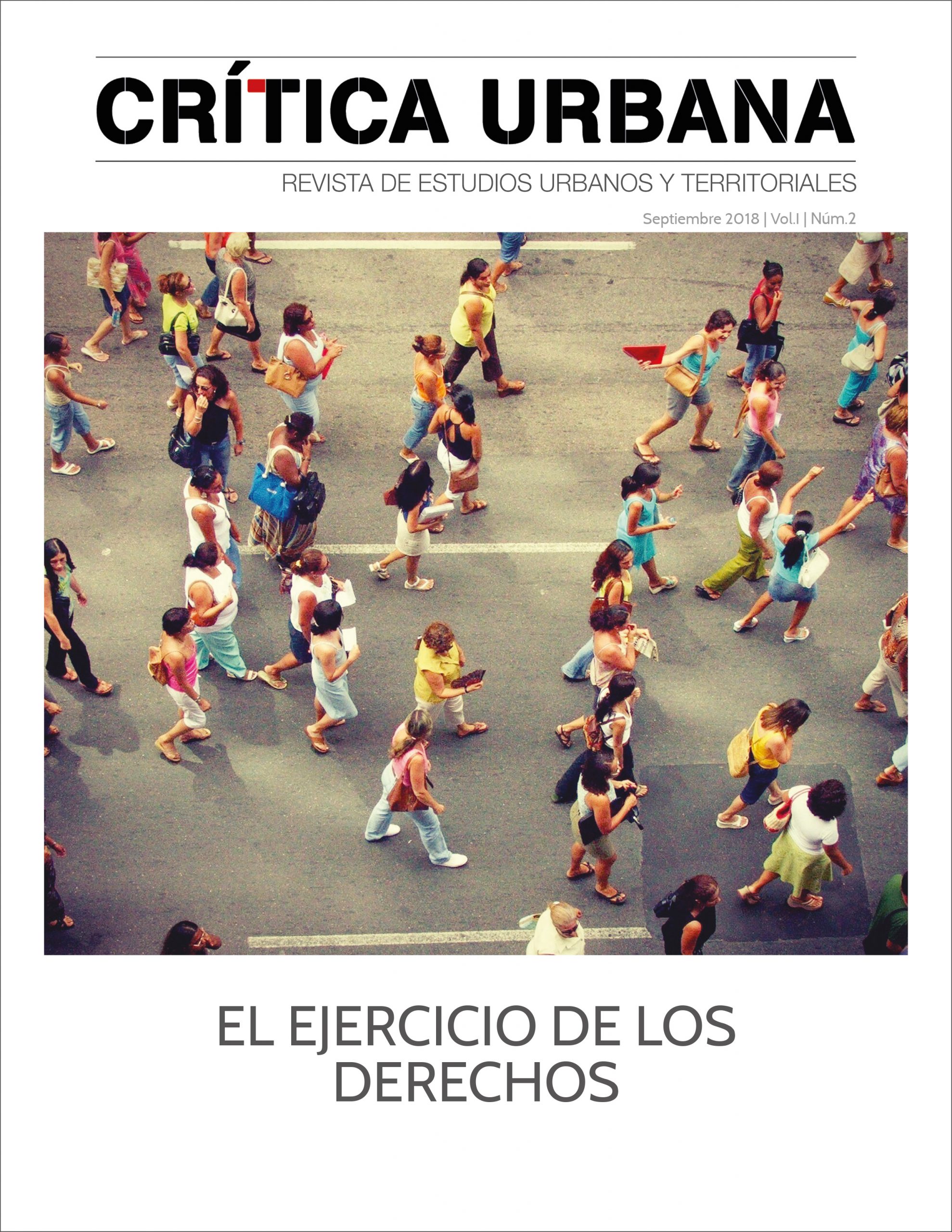 The 70th anniversary of the Universal Declaration of Human Rights and the 50th anniversary of the publication of Henri Lefebvre’s “The Right to the City” seemed to us, for the magazine Crítica Urbana, an appropriate framework to reflect and present today’s experiences related to the defense of rights, from very different perspectives and working areas.

The Declaration of Human Rights, associated with Civil and Political Rights and Economic, Social, Cultural and Environmental Rights, as well as the influence of Lefebvre with the conceptualization of the Right to the City, encourage a ‘long trajectory’ in urbanism. Despite this, for many of the professionals who work on the physical transformation of our environment-that is to say, in the planning, design and implementation of construction and building projects-rights are associated with the “social”, but not with the practice they carry out. This is exacerbated by the fact that the exercise of rights does not appear in legal frameworks; in the instruments or programs from which the investments come; or by the fact that this relationship is simply lost along the way. In fact, the building of housing and infrastructure is often understood from the budgets and general management of the State as investment in buildings and the construction market, and not as a social, environmental or cultural issue. This vision has generated strong territorial imbalances.

The knowledge and co-creation of contents that relate professional and citizen practice to rights is a task that has a great transformative power to the extent that from specific and punctual experience there is, in rights, an integral and solid vindicative base. It makes it possible to (re)politicize the decisions made by the administrations on the objective and effects of issues such as uses, location, security of the population and heritage. It also allows citizens to legitimize these decisions. Human rights, and to a greater extent the right to the city, face structural processes such as speculation, privatization and the commodification of certain strategic spaces for the real estate, extractive or the energy market.

Crítica Urbana arises from the concern, from the perspective of urbanism and territorial planning, for the advance in the emptying of contents of the fight against inequality, which relativizes and neutralizes an evident and unjust social conflict. In addition, the growing public awareness of corrupt processes related to urbanization has generated more detachment from politics, overshadowing a conviction to demand rights and the common good from the State.

This is why the themes programmed for the first year seek a reencounter with basic questions for the critique of our urban and territorial reality. The first issue on Ethics is now followed by this second issue “The Exercise of Rights” as a constituent element of the cause and end for professional and citizen practice. This will be complemented in the following issues with the themes of: Politics, Property, and The Legal and the Legitimate.

One of the most difficult factors to counteract today is the scarcity of time. The magazine is written by people involved in urban problems and conflicts and seeks to serve as a tool and space for reflection based on practices.  It was thought of a content that, without losing rigor, would be developed in a brief manner. We thought this strategy would be sufficient. However, in this short period, we have realized that the people who participate in the direct confrontation, in the judicialization of rights, do not have a spare moment to systematize, to stop and write about it, which presents us with a challenge in terms of language and format to incorporate them.

Finally, although the Internet allows physical barriers to be overcome and unites people from different parts, the difficulty is creating this bridge, crossing the logics of the market of this medium and reaching the communities and people who work in the defense of their heritage, cities and territory.

We believe it is necessary to show the commonality of local demands in different places and countries, because it helps to accelerate processes. Knowing other views, similar experiences allows us to understand that the problems and causes are common, that the violated rights are the same and thus consolidate knowledge, convictions and feel part of a group of people who move for the same causes.