The GPR2C supports the call for a Binding Treaty on Transnational Corps. and Human Rights 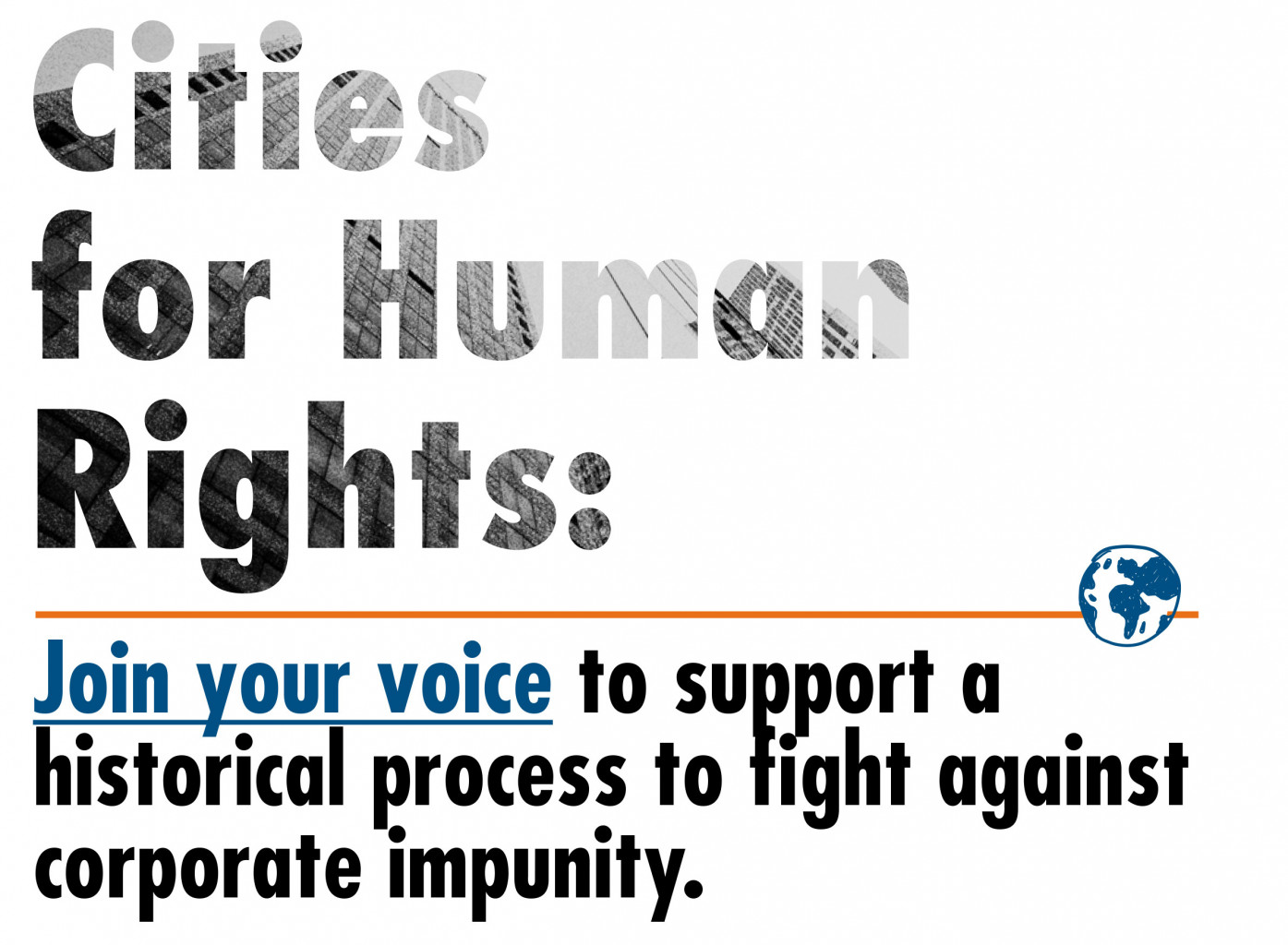 Cities are on the front lines of today’s most urgent challenges, dealing with the climate crisis and rising global inequality. Local governments from across the world are increasingly committed to the advance of #HumanRights and the #RightToTheCity. However, the absence of regulation of key players such as transnational corporations is causing major distortions to human rights access by many city residents, from the right to housing to the right to water or a healthy environment, among many others. Faced with this worsening scenario, which is increasingly challenging the power of action of the local authorities and communities worldwide, local governments reaffirm their commitment to a shared vision, that of “Cities for Human Rights, not for Profit”.

June 2014 marked a historical milestone in returning the regulation of Transnational Corporations (TNCs) onto the international agenda. The UN Human Rights Council established an Open Ended Inter-governmental Working Group (OEIGWG) for the development of a legally binding treaty on TNCs and other business enterprises with respect to human rights. The goal was to put an end to the global loopholes in international human rights law and ensure that corporations are made legally accountable for human rights violations and environmental crimes. Going beyond current voluntary frameworks of social corporate responsibility represents a key stepping stone to making the global economy fit for people’s and communities rights and wellbeing, and to stop corporate impunity.

To support the continuation of negotiations on this new instrument at the United Nations, we the undersigned, as worldwide local authorities:

Therefore, we urge states, and regional organisations, to actively pursue engagement in this UN process and to work towards an effective and legally binding international instrument on TNCs and other business enterprises with respect to human rights, in order to ensure that people’s dignity, as enshrined by universal political, economic, social and cultural rights, is prioritised and guaranteed worldwide over private profits, and to ensure the protection of our planet.