The Right to the City in Atlanta: Renter Power 2018 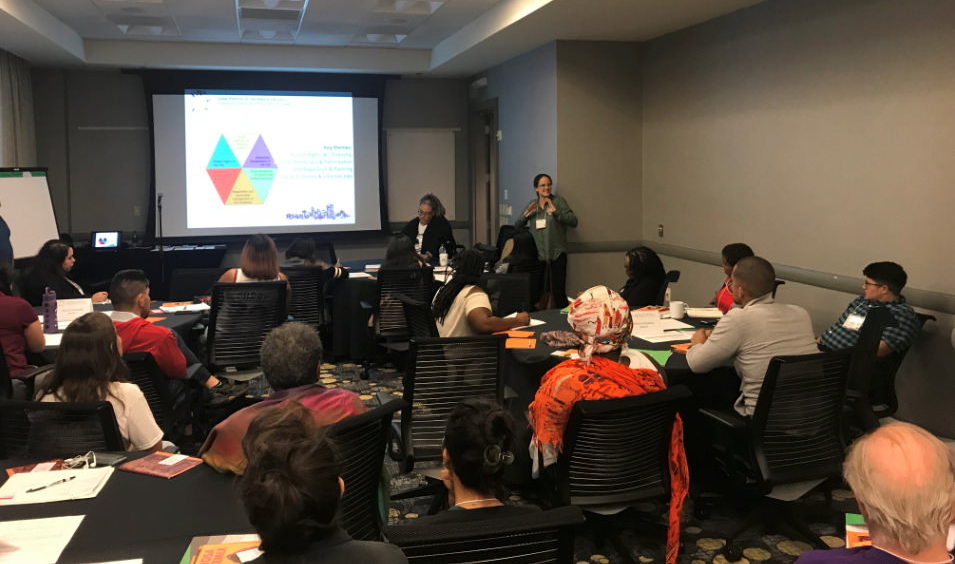 The summer’s biggest blockbuster was not on the screen, but in the streets of Atlanta. Over 300 tenant organizers, policy makers and their allies converged for the Homes for All #RenterPower2018 Assembly organized by the Right to the City Alliance (USA). This historic gathering (one of the largest of its kind in the United States) looked back at the ten years of organizing for affordable housing, racial, economic and climate justice while looking forward in mapping a ten year strategic plan for renters power throughout the United States.The gathering was a celebratory mix of people organizing across regions, races, class and gender, anchored by a “language justice” framework which saw simultaneous translation into Mandarin, Spanish and English.  Over the three days, participants created a strategic timeline to plan for the next ten years, cultural performances including a movement “no talent show” and a massive solidarity march with the local housing activists to demand the new Atlanta Beltline project meet the demands of local inhabitants.

Many of the participants came to learn how to connect the dots between the local activism and the international bodies like the United Nations. Iacovini opened by dedicating the workshop to the memory of Marielle Franco, the Afro Brazilian city councilwoman murdered earlier in 2018. The dedication resonated with the participants who were majority women and people of color.

After the dedication, Lorena Zárate spoke about the work of the GPR2C, and the work of the Platform to amplify the voices of local activists, including participating in the Habitat 3 convening in Quito in 2017, and recently a number of public events for the High Level Political Forum (HLPF).  Zárate gave an overview of how the “Right to the City” is implemented in Latin American countries like Uruguay with its robust social housing program.

The workshop concluded with a matrix that links the demands of #RenterPower2018 with the Right to the City components and the commitments of Agenda 2030 and New Urban Agenda, making concrete the bridge between international, national and local work, and human rights frameworks and mechanisms.

The workshop was well received for its interactive flavor and many of the participants stayed after to connect with Lorena and Rodrigo to bring them to their cities for a similar workshop.