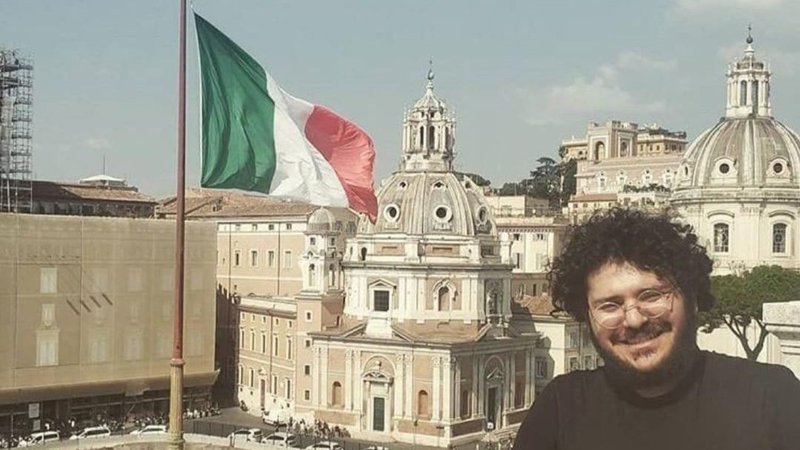 This article is an adaptation of Front Line Defenders’ urgent appeal, with additional information from Aljazeera and Amnesty International Italy

On 7 February 2020, human rights defender Patrick George was detained at Cairo airport and taken into custody by the National Security Agency. He was interrogated for several hours, and reported being subjected to physical abuse and torture by electric shocks. On the next day, the Public Prosecutor of Mansoura ordered his detention on remand for 15 days. Patrick George is a human rights defender and researcher at the Egyptian Initiative for Personal Rights (EIPR). He advocates for women’s rights, as well as the rights of vulnerable groups in Egypt, including the LGBT+ community and the Christian minority. He has also worked on the rights of detainees, and has been involved in several campaigns concerning the violations of civil and political rights in Egypt.

On 7 February 2020, the human rights defender came to Egypt for the first time since commencing his university studies in Italy in August 2019. He was stopped at Cairo airport upon his arrival. He was then taken into custody by the National Security Investigation and his whereabouts remained unknown for 24 hours. It was later revealed that he had been transferred from the airport to a national security facility in Cairo. Patrick George was then interrogated for several hours without the presence of his lawyer. During the interrogation, the human rights defender was subjected to physical abuse and was tortured by electric shocks. On the next day, he was presented before the public prosecutor of Mansoura who ordered his detention on remand for 15 days, pending further investigation. The police issued a statement stating that the detention of Patrick George is based on an arrest warrant issued against him in September 2019.

The human rights defender is facing the charges of ‘spreading false news’, ‘incitement to protest without authorisation’, ‘incitement to violence and terrorism; and ‘calling for the overthrow of the state’. Since his detention, no family visits have been allowed, and he has had very limited access to legal counsel. He is currently detained at Mansoura police station. Human rights organizations such as Front Line Defenders and Amnesty International are deeply concerned about the detention of Patrick George, the charges brought against him, as well as the allegations of torture during his interrogation.

The appeals court in the Nile Delta city of Mansoura on February 15th ruled that the 27-year-old will remain in detention until February 22, when he is set to stand before a prosecutor again.Recent laws in Egypt have expanded the definition of “terrorism” to include all political dissent, granting prosecutors broad power to keep people detained for months and even years without ever filing charges or presenting evidence.

Following Patrick George’s arrest, a network of mobilization and solidarity has formed in different countries and supported by civil society organizations such as Front Line Defenders, Amnesty International and the International Network for Economic, Social and Cultural Rights (ESCR-Net). Moreover, protests have been organized in many cities,specially in Italy.

Front Line Defenders urges the authorities in Egypt to:
1. Immediately and unconditionally release Patrick George and drop all charges against him, as Front Line Defenders believes that he is being held solely as a result of his legitimate and peaceful work in the defence of human rights;
2. Ensure that the treatment of Patrick George, while in detention, adheres to the conditions set out in the ‘Body of Principles for the Protection of All Persons under Any Form of Detention or Imprisonment’, adopted by UN General Assembly resolution 43/173 of 9 December 1988;
3. Allow Patrick George immediate and unfettered access to his family and lawyer as well as to the necessary medical attention;
4. Carry out an immediate, thorough and impartial investigation into the allegations of physical abuse and torture of Patrick George, with a view to publishing the results and bringing those responsible to justice in accordance with international standards;
5. Guarantee in all circumstances that all human rights defenders in Egypt are able to carry out their legitimate human rights activities without fear of reprisals and free of all restrictions, including judicial harassment.

What can you do?

If you wish to give your support to the campaign to #FreePatrick, there are a series of steps that you can take:

To whom it may concern,

I _____, a citizen of _____ demand your immediate intervention to pressure the Egyptian government to respond positively to our demands

Make sure to send a copy of your protest email to:

You can read more on Patrick’s case here and here.