Why we talk about Women’s Right to the City 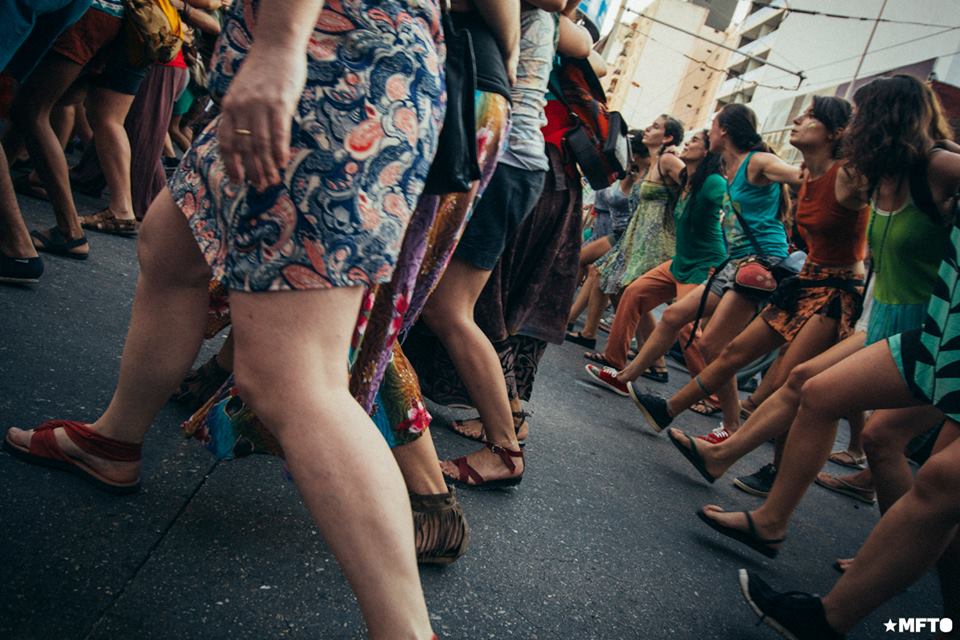 Women’s rights to land, housing, the city, and their urban assets, as well as  their empowerment have been the central concern of networks and organizations- in particular of grassroots women’s organizations -which contribute from their daily experiences. It is from this construction that the Huairou Commission (CH) articulates women’s voices and networks from different continents, and it is these voices that have also influenced the Global Platform for the Right to the City (GPR2C).

The GPR2C was formed in the process towards Habitat III in which the most powerful international and regional institutions and networks in the defense of the Right to the City worked to influence the documents that would result from the Conference. In this process the women organized from the CH participated.

During the strategic planning meeting of the GPR2C held in Brazil in 2017, the need arose to form the Gender Working Group as a thematic group within the Platform,,  thus ensuring the gender issue centrally and transversally by influencing each of its work axes (advocacy, training and research and communication). To this end, the CH has actively worked with the PGDC on milestones such as the World Urban Forum (WUF9) (February 2018, Kuala Lumpur), where a high incidence on gender and Right to the City issues was achieved and contributed to the training on the Right to the City..

This year, following the strengthening of the Gender Working Group, the GPR2C Campaign for Women’s Right to the City was carried out during February and March, implemented in coordination with the GPR2C Communication Group. Within the framework of this Campaign and on the occasion of International Women’s Day, we launched the Manifesto of Women’s Right to the City. This document is the product of participation and contributions at the international level of HC and its networks, member organizations and other organizational instances. 29 social, academic, political and other significant organizations from grassroots leaders and representatives at the international level adhere to the manifesto. This manifesto answers the question: Why do we women speak of the Right to the City?

The Women’s Right the City seeks to challenge the omission of women in the planning of our cities, which is due to an androcentric model that has subordinated women. However, we must recognize the progress made in incorporating women as social and political subjects by themselves and not diluted in the concept of the family. Differences between women, men, and also other omitted identities – LGTBQIA, ethnicity, race, and others – become increasingly visible.

Cities are not neutral territories, and the great economic, social and cultural gaps leave their mark on the perception, appropriation and day-to-day life of their inhabitants. The growing violence of different origin and complexity particularly affects women, their bodies, their freedom of transit, their working, social and political life.

At the same time, it is necessary to highlight the capacities and strengths of women, individually and collectively, their emancipatory forces and resilience, their work in the communities.

It is important to be able to influence and contribute to each of the thematic lines of the GPR2C to ensure that the gender and feminist perspective, which is an integral one, really allows us to address the central issues of the Women’s Right to the City, which has a diversity of edges. Of these edges I highlight putting an end to violence and balancing the overload of care work on women due to the sexual division of work.

There can be no debate about the Right to the City, in any of the dimensions and vectors that concern us – and with this I include the different territories we inhabit, the body, the house, the neighbourhood, the city, as well as the symbolic, the intangible, the memory – without considering the contributions of feminisms, which also advance in concrete tools, such as equality plans, participatory budgets, land use planning plans, housing policies from a gender perspective, among many others. But advancing demands political will and allocated resources.In conclusion, talking about Women’s Right to the City is a matter of social justice, of changing the cultural paradigm, in order to understand not only the complexity of cities but also of identities, the people for whom we are advocating the Right to the City.

[i] Ana Falú is the Coordinator of the Gender Group of the Global Platform for the Right to the City.