Home / The Right to The City in Asia Region: Stories from the ‘Invisible’

The Right to The City in Asia Region: Stories from the ‘Invisible’ 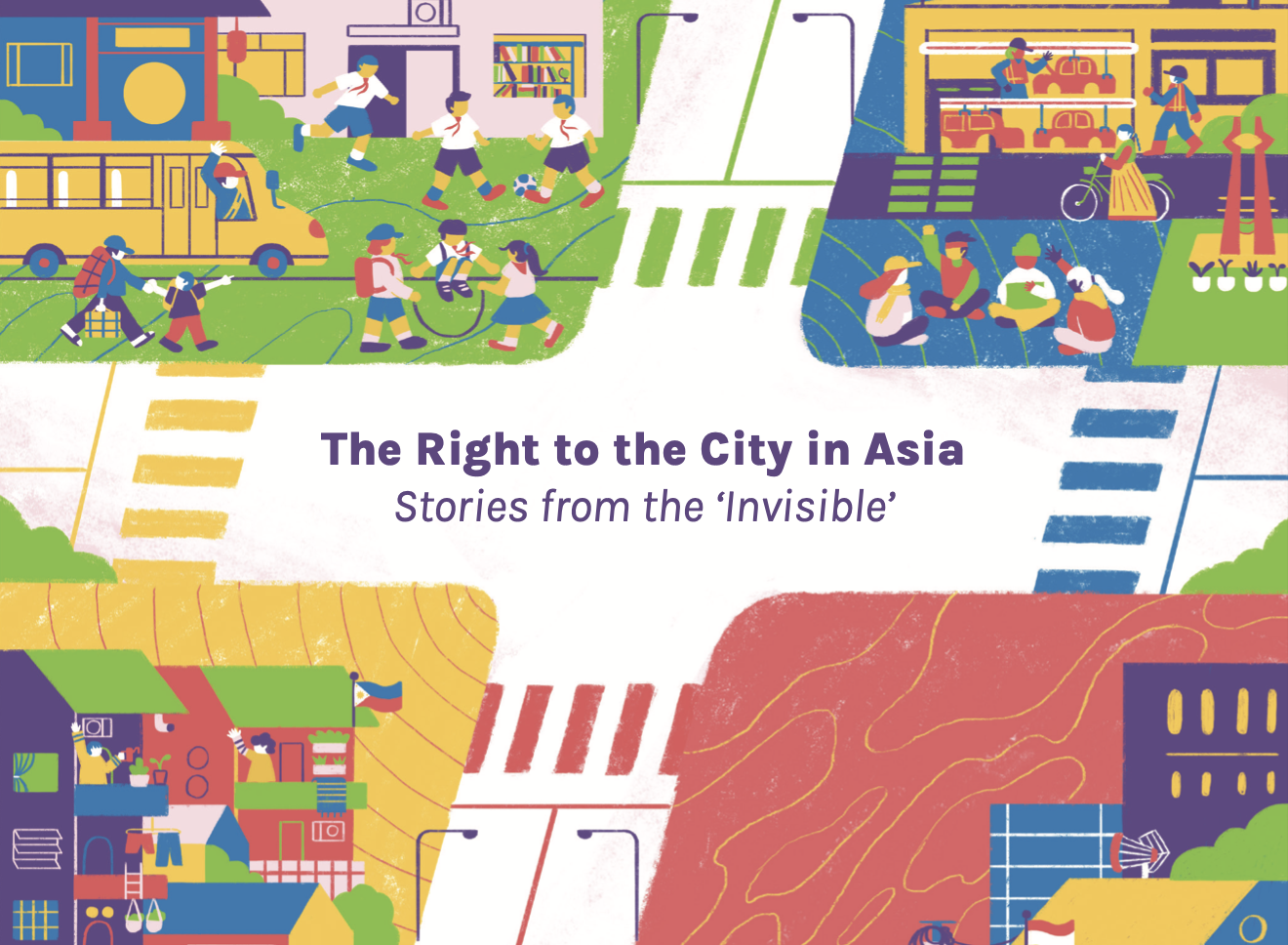 This research raises questions about the right to the city both in terms of definition and practice in the Asian region, drawing on the experiences of four countries: China, South Korea, Indonesia, and the Philippines.

Through a fruitful collaborative process, the paper attempts to synthesize a viewpoint or conclusion that intersects the region’s rich and diverse culture, norms, and policy positions. Despite the contrasts, the report finds certain similarities in the findings, perspectives and lessons learned as common ground that could lay the foundation for future steps in advancing the Right to the City agenda in Asia.

In China, the research aims to examine: the right to education in China through the lens of migrant children; and the impact of migrant workers’ access to public services on their right to inclusive citizenship. These issues are inscribed in the broader Right to the City agenda and show the complexity and urgency of the intersection and interaction of the different components of the Right to the City, such as inclusive citizenship, gender equality and urban-rural linkages.

In South Korea, the main objective of the case study in Gwangju is to highlight the right to the city in migrants’ access to public services. The research focuses on migrants as a disenfranchised demographic group, traditionally excluded from access to public services. This is due to their low socio-economic status, limited rights based on their visa status, discrimination and poor Korean language skills.

In Indonesia, the research assesses and observes urban informality in Jakarta, Yogyakarta and Solo, using the three main pillars of the Right to the City framework: spatially just distribution of resources, socio-cultural diversity and political agency. The fair distribution of urban resources is an important notion for understanding the practice of the inclusive economy and how the urban territory or spaces in which we live are managed so that citizens can enjoy equal access to the economy without discrimination or marginalization of vulnerable and disempowered individuals/groups.

In Philippines, the research was done with two key cities, Manila and Quezon. From each team’s findings, the research considers regional findings consolidated through the following questions:

While the research seeks to address these questions, it also reflects on the current normative framework of Right to the City practices and the various citizen-led initiatives to respond to urban challenges. In addition, the paper seeks to incorporate the findings to consider the Right to the City as a tool for leveraging civil society movements and governments in shaping more democratic and socially just cities in Asia.