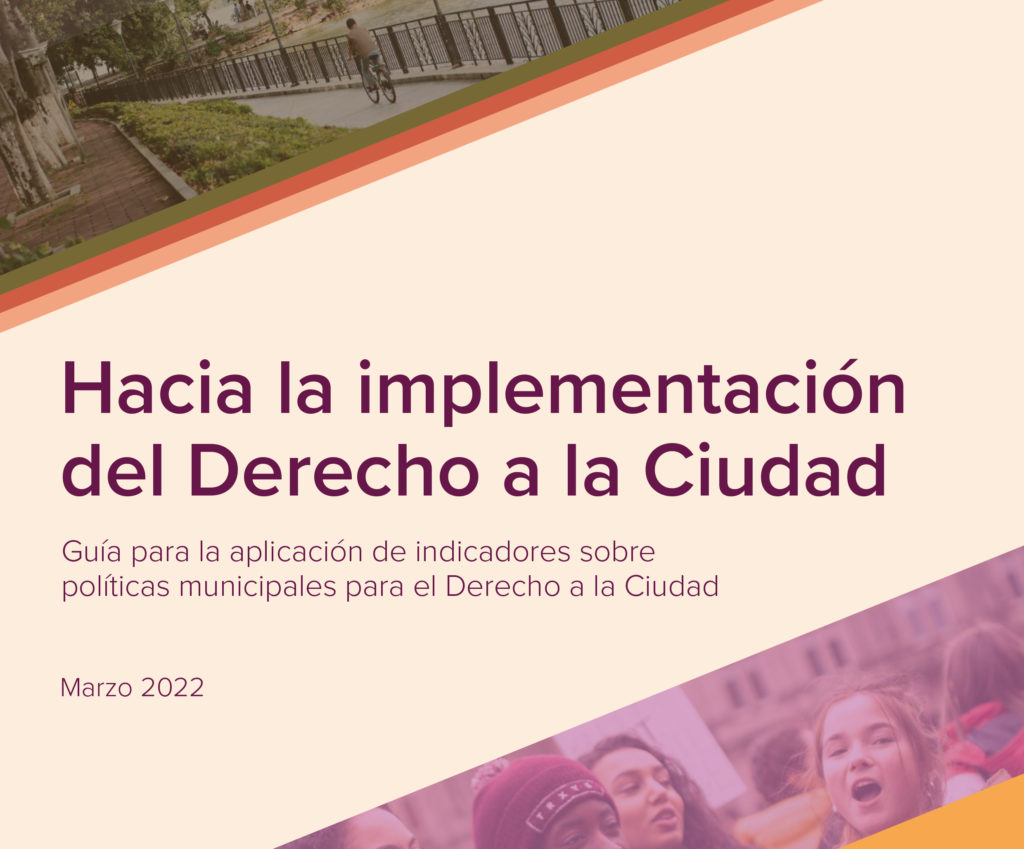 Over the last years, Observatory DESC and the Global Platform for the Right to the City (GPR2C) have been collaborating in a series of joint projects and initiatives that seek to reinforce the awareness around and recognition of the Right to the City as a key vector for the localization of global agendas, such as the 2030 Agenda and the new Urban Agenda. Building on these efforts, the organizations are releasing a guide with indicators for the monitoring of municipal policies targeted at advancing the Right to the City.

The guide presents a set of 22 indicators organized around the eight Right to the City components. This effort seeks to contribute to the construction of a joint repertoire, gathering a series of public policies aligned with the principles of the Right to the City and offering some elements for their follow-up, to be applied in different cities. Moreover, the indicators also offer a roadmap for the implementation and follow-up of global agendas through the development of municipal policies, as the indicators were built based on the crossings between the Right to the City components and global agendas such as the 2030 Agenda and the New Urban Agenda.

The guide seeks to provide a diverse range of actors with a tool to advance on the recognition, protection and implementation of the Right to the City through concrete municipal policies. Thus, the goal of the exercise does not have as its priority to offer a “static picture” of the current state of a city, but rather to identify where and how the foundations for its transformation are being built. Similarly, it is not intended to provide a comparative matrix that allows for a “ranking” of cities, under a competitive and simplistic vision; but to contribute to the dialogue and exchange between cities to identify shared points that allow to advance in responses to common challenges, respecting the diversity and complexity of local contexts.

Finally, a key point of the indicators developed is to introduce a rights-based and territorial point of view in the analysis and follow-up of public policies, oriented towards promoting and highlighting inclusion, by looking at how policies are implemented territorially and how they address different social groups. Thus, the indicators developed seek to identify in what way the policies analyzed are committed to spatial justice, prioritizing vulnerable territories and diversifying action throughout the territory, and to social justice, particularly in terms of the groups served, prioritizing vulnerable groups.

A first version of the guide has been published in Spanish and served as the basis for a “Radiography of Barcelona” carried out by Observatori DESC, implementing the indicators to analyze public policies being carried out in the city.