Building cities and territories of rights

The Right to the City movement expands and strengthens. 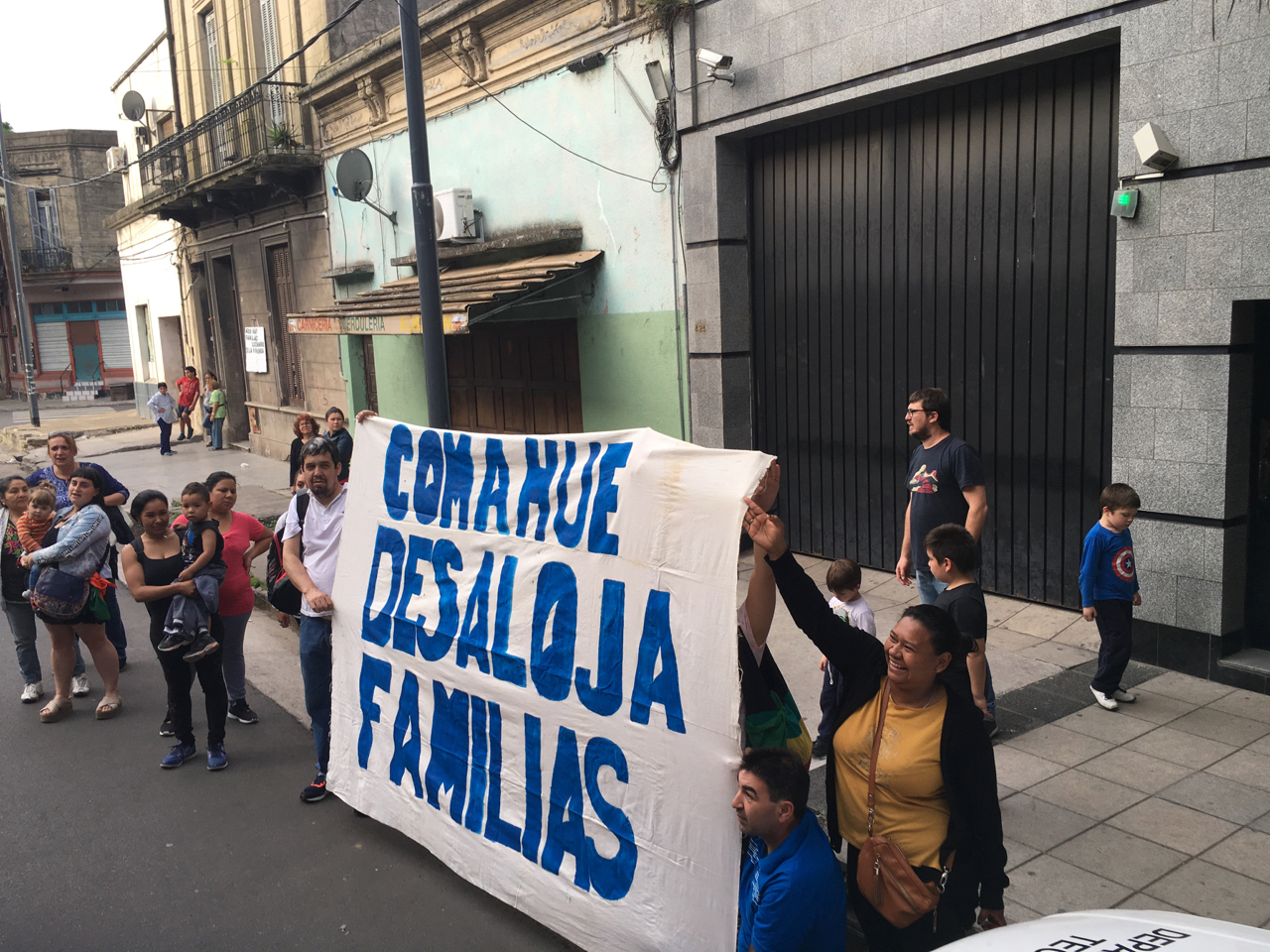 From 28 to 31 October, the International Meeting for Equal Cities (EIpCI) was held in Buenos Aires. It was part of the work of the Global Platform for the Right to the City (PGDC), together with national and international members and allies such as the Habitat International Coalition (HIC), to discuss the implications of the right to the city, the social construction of habitat and the right to housing. In short, the right to inhabit and build territory with social justice and being active participants.

The event was also a timely response to Urban 20, a thematic meeting on cities, led by the local authorities of Buenos Aires and Paris, who, as explained in their description, ¨ seeks to coordinate a joint position between the Mayors of the main cities of the G20 and other global urban centers to inform and enrich the discussions of national leaders at the 2018 G20 Summit, to be held in Buenos Aires.¨

Within this framework, civil society, with its movements of inhabitants, social organizations and academia -forming a broad, diverse and rich collective-, conjugated multiple actions to develop this meeting. The days of debates included presentations, workshops, plenary sessions and visits to neighborhoods or cooperative projects. They encouraged exchanges on the problems that characterize cities and territories crossed by market logics and problems of governance, which impede equal development, with social justice and based on human rights.

To the mercantile city, – that of phenomena such as the financing with actions of investment funds, with consequences of urban segregation and exclusion – an alternative is proposed: the city for people, – that of access to housing as a right (not a commodity), that of spaces accessible to all and managed as common goods in a democratic way.

Thus the structure of the meeting served its purpose of exchange and capacity building. Discussions included an analysis of the economy and its structures; the financing processes of the cities and how the costs and benefits are distributed; the importance of access to information for active participation. It also reviewed existing experiences in managing and accessing urban land; what basic services imply as a constitutive part of the right to housing and to the city; or how the city is lived from a gender perspective. It is worth pointing out that the accumulated experiences and knowledge that we shared during these days are part of a common accumulated. Perhaps it is precisely this common good that makes us capable of thinking that there is another possible way to make and live cities.

An important issue was the local visits to get to know first hand situations of expulsion such as what the inhabitants of La Boca live in Buenos Aires – unfortunately a phenomenon that is seen in all regions of the world. This emblematic neighbourhood, considered a point of reference in this vision of a city-postal that is sold to be consumed, contains the history of the struggle of its inhabitants who actively defend their right to remain, to manage and to live with dignity in their neighbourhood. The social organization that we could observe from the hand of the Collective La Boca Resiste y Propone, confirms the importance of the social asset that the inhabitants have when they organize to influence their realities. This visit also served to generate greater visibility about the evictions, the habitability situations, including the cases of fires that have claimed the lives of many people in the neighborhood, including children. Framing these situations from a human rights perspective is key to being able to generate change, to highlight where there are responsibilities of the State as the obligated subject to guarantee the rights of all people.

The Meeting leaves us with the clear vision that we are in a key moment, where the conjunction of struggles has generated a solid process. Where social movements propose changes from the analysis of power structures and decision-making in cities, which must be transformed. Where other ways of making a city and inhabiting the territory are proposed, already rehearsed. Considering it together with the resources, as common goods that must be managed in a sustainable way, to achieve the dignified life of all present and future inhabitants, without distinction of any kind.

That great movement for inclusive cities and territories is already unstoppable!