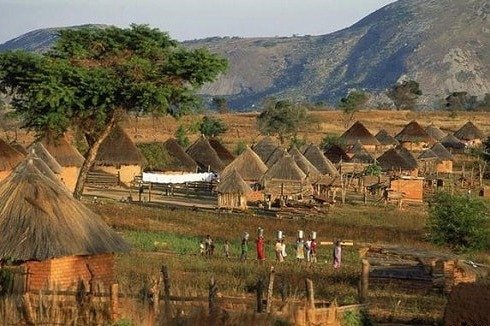 About 1 000 families from Sikato resettlement in Masvingo West constituency are facing an uncertain future after being served with seven-day eviction notices to vacate the land which they occupied at the height of the land reform programme in 2000.

The families, from seven villages; Muza, Chikutuva, Manunure, Makasva, Banga, Sithole and Marikutira, have been living at Mzaro Farm, which used to belong to a white former commercial farmer before it was parcelled out to the villagers.

Yesterday, armed police with officials from the Local Government ministry were serving the villagers with eviction notices.

But some of the villagers refused to sign them, resulting in village head Henry Makusha and a headman, Ratison Haruzivishe, being arrested for allegedly mobilising the villagers to resist.

Masvingo provincial police spokesperson Inspector Charity Mazula said she had not yet been informed of the arrests.

Some of the dejected villagers said they regularised their stay with the Lands ministry and were paying taxes to council, but were surprised to be told to leave the area.

No alternative place for resettlement or compensation has been offered by government.

The eviction order, dated January 8, 2019, but stamped on November 13 2018 and signed by Lands, Agriculture, Water, Climate and Rural Resettlement secretary Ringisai Chitsiko, read: “You are hereby given seven days to vacate Mzaro Farm, Masvingo province. You are violating section 3 of the Gazetted Lands (Consequential Provisions) Act Chapter 20:28; Gazetted Land Act in that you are occupying the said property without lawful authority.”

“You are hereby given an eviction notice and notice to vacate the property on or before January 15, 2019. Failure to vacate on or before this date will result in your arrest and prosecution.”

Some of the affected villagers said their future at the farm had been used as a campaign tool by Zanu PF, which promised them that they would not be moved if they voted for the ruling party.

The constituency falls under Ezra Chadzamira, who is also Masvingo Provincial Affairs minister.

“We have been here since 2000 and we built permanent structures. Now, from the blue, we are being told to leave. Where will we go? Where do we get the money to build again? This is unfair. We are not going anywhere because we don’t have anywhere to go. They can arrest us,” a villager, Saviours Makusha, fumed.

Another villager, Renson Dengu, said Zanu PF was now turning against them after they voted for it.

“While campaigning, Chadzamira told us that we would not be moved and he gave us trees to plant as a reforestation drive. They said we should vote for Zanu PF. Now the party won and it’s abandoning us. I think the President should intervene and save us,” Dengu said.

“We are Zanu PF people. Someone is fighting the President. Now we don’t know the difference between government and Zanu PF. Those pushing for our eviction are enemies of the President, they want us to rise against the party,” Kundai Haruzivishe, a 60-year-old widow, said.

Continuous efforts to get hold of Chadzamira were in vain as his mobile phone was switched off.

Lands minister Perrance Shiri has, however, been flighting notices warning people on State land without paperwork to vacate.