The Global Platform for the Right to the City hosted several events during HABITAT III – the United Nations Conference on Housing and Sustainable Urban Development – that took place in Quito, Ecuador, from 17 – 20 October 2016.

The street video art PROYECTAZO RIGHT2CITY was projected on the walls of the historic center of Quito on October 19th – 9:30 PM, at Calle Guayaquil S1-64 y Morales (La Ronda), with messages about the Right to the City worldwide. The event happened in the context of the Festival de la Luz and Habitat3, and was a partnership between the Global Platform for the Right to the City  and the Frente Cultural de La Ronda. The video art was coordinated by Tama Savaget, Carolina Caffé and Jônatas Ribeiro de Paula, and produced by Fixo collective with soundtrack by Rvincenzo. 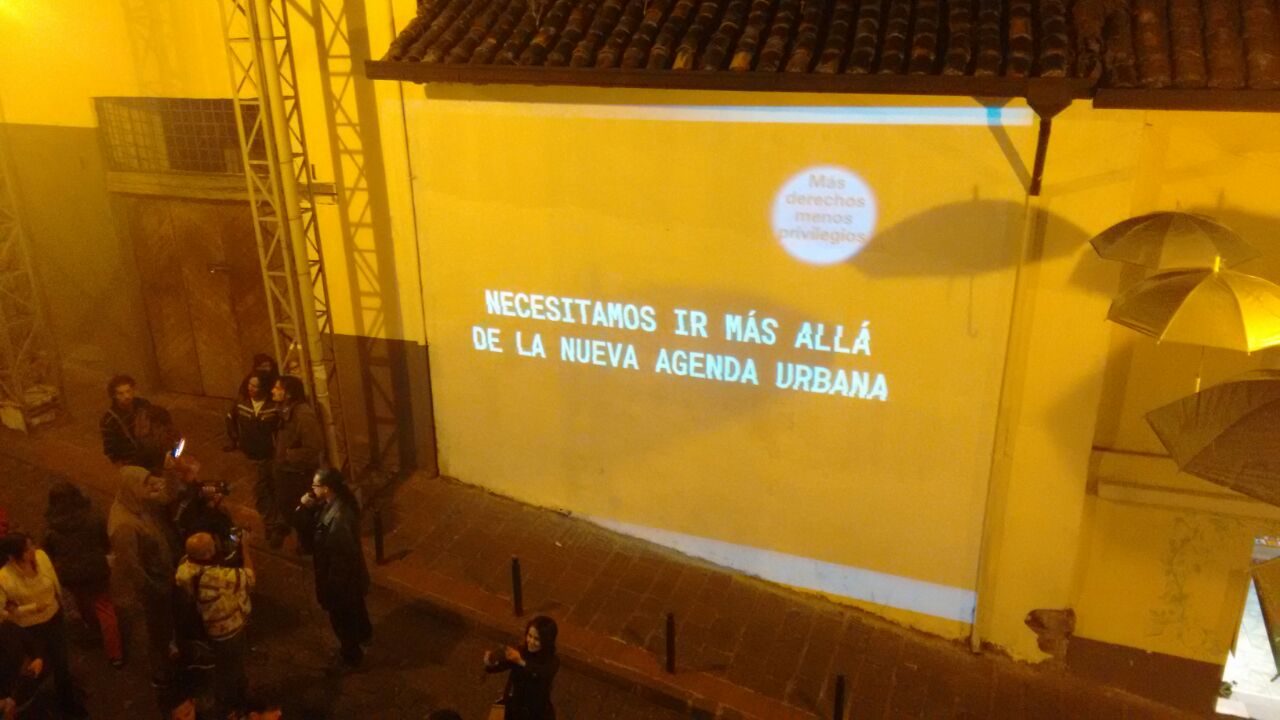 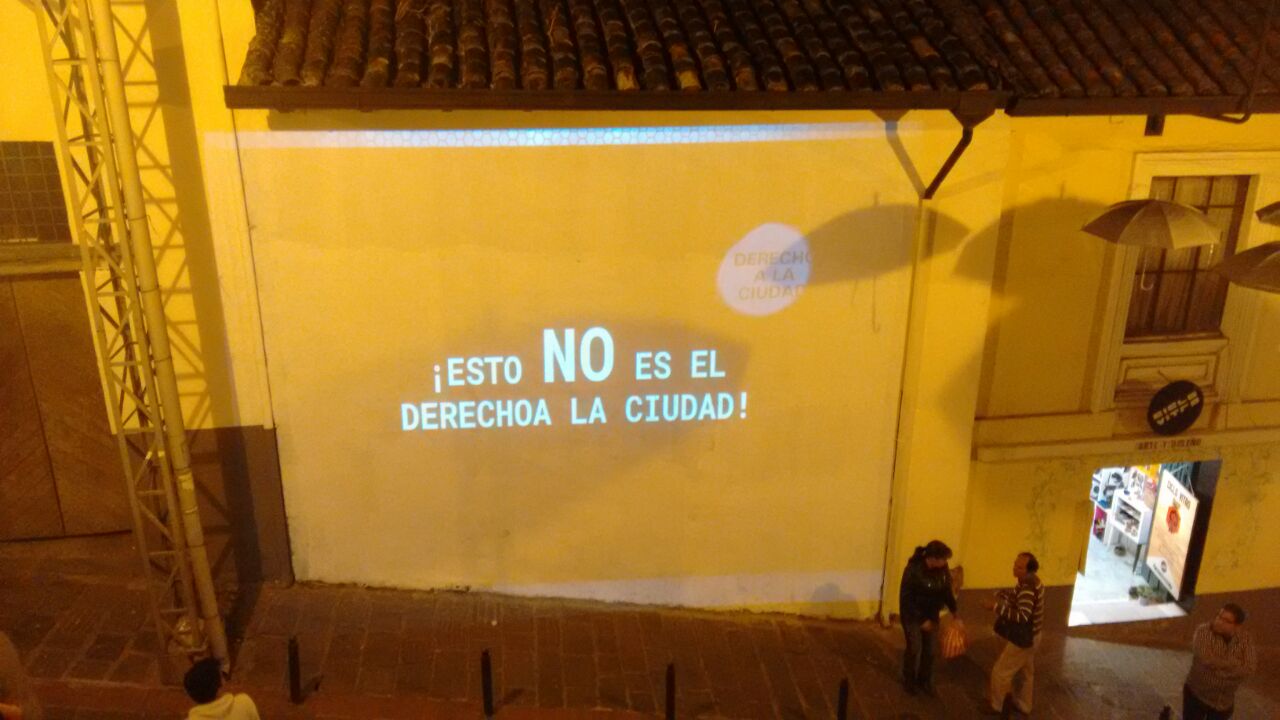 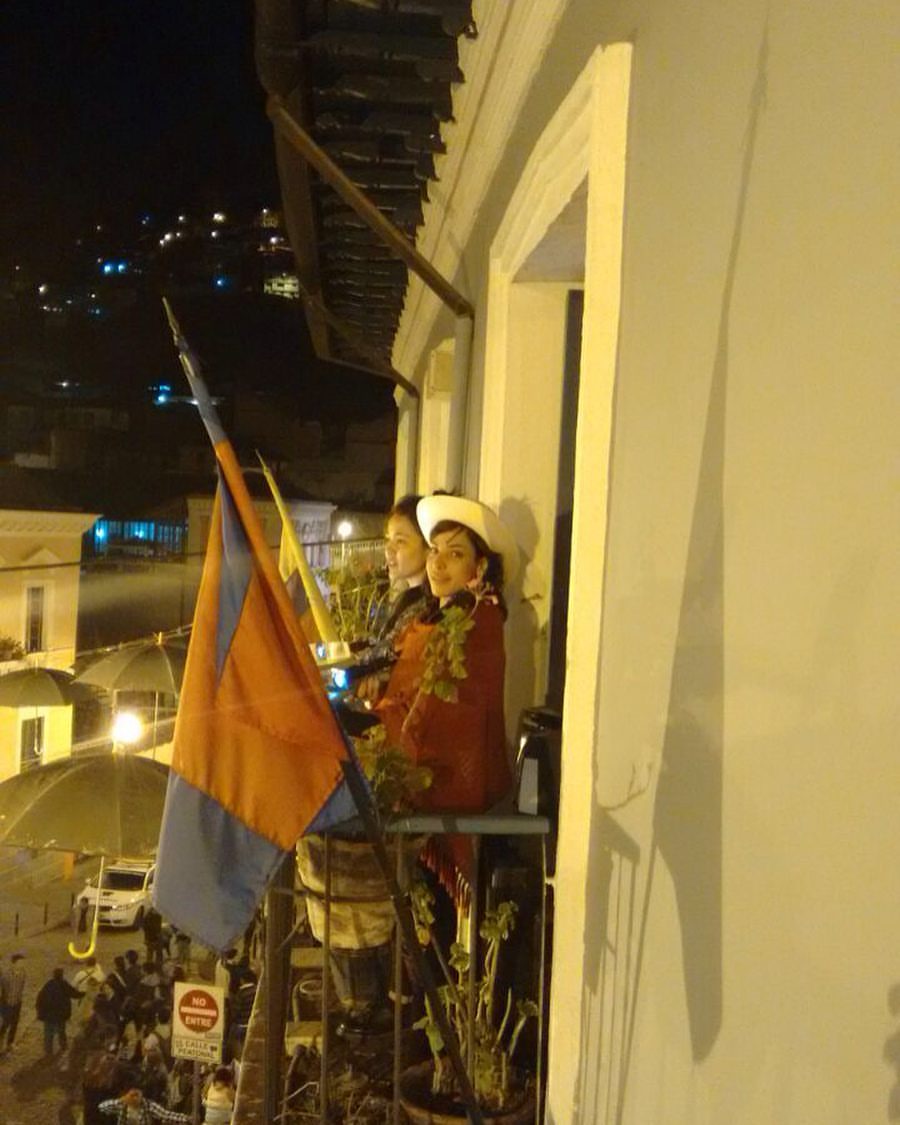 The first episode of the #SupportRight2City webserie campaign was shown in many different spaces at Habitat III, as in the Networking Event, the Resistance Forum, the World Stage, and the Stand of the GPR2C.

The 3-min video draws with images a parallel between two women who live in the same city. “Two worlds, one city” is a result of a documentary experiment directed by Carolina Caffé, that aimed to show and compare different accesses of the Right to the City. The video launched the Global Call for the Inclusion of the Right to the City as the Cornerstone of the New Urban Agenda.

Watch the second episode of the #SupportRight2City webseries here.

THE GLOBAL PLATFORM FOR THE RIGHT TO THE CITY

The Global Platform for the Right to the City (GPR2C) emerged from the initiative of several organizations working from around the world to mobilize national and local governments, and international and regional organizations for a new development paradigm aiming at more inclusive and democratic cities. The GPR2C advocates for the recognition and adoption of the Right to the City in the implementation of public policies; therefore it participated, through its members, in different forums and events related to the Habitat III process to promote the Right to the City and to advocate for its adoption as the cornerstone of the New Urban Agenda.