How to think about Women’s Right to the City? 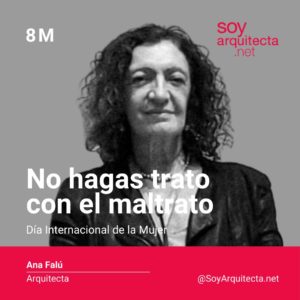 March 8th is a day to commemorate women’s struggles around the world. The resistances that have taken place and those that still need to be sustained. This new 8th of March brings us together again, amplifying voices to which we add and raise the Women’s Right to the City. Women as social and political subjects, with their own demands, not diluted in neutral concepts such as family or population; women and also dissident bodies. We raise our voices for our rights towards territories free of violence and with social justice. This #IWD2021 #8M we adhere to the feminist strike to make visible the omission of women in politics, to insist in society on the importance of our rights, to note how much we contribute to sustaining life and how much we contribute to development in every part of the world. Society has a great social debt to women: to put an end to violence against our bodies and our lives just because we are women, to recognise care as a right, as well as to advance equal pay for equal work, the right to land, housing, services, and common and social goods. This is why the Right to the City is Gender Equality.

In times of pandemics, we live in contexts of uncertainty and fear, and structural inequalities are becoming more acute in our cities of territorial injustices, inequality gaps have increased. While many women are in isolation from their aggressors, they are the majority in care responsibilities, both social and collective – the majority in health care. In the most deprived neighbourhoods and communities it is women who take care of health and hygiene, even in scarcity. In women’s lives, time is the most scarce commodity, and it is them who continue to sustain social reproduction inside and outside the home, with their invisible and devalued work. The pandemic highlighted the housing crisis and the housing conditions of the majority of the population, who live in overcrowded and poor conditions. In relation to their economic autonomy, women are still a long way off; they are the majority in the informal market and impoverished by a hegemonic economic system of wealth concentration and labour flexibilisation that pushes them out, they are the ones who suffered the most from the impact of the pandemic and will surely suffer the most in the post-pandemic crisis.

How to think about a Women’s Right to the City in this context?

Our demand is urgent: feminists propose to advance towards fairer cities for all the people who live in them, especially for women and in particular for women in situations of greater deprivation, not only in terms of quality of life but also in terms of citizens’ rights. Therefore, eradicating inequalities, making women’s demands visible and different from those of men due to culturally naturalised roles. Put care at the centre of the agenda and thus promote equal rights, just as equal pay for equal work, as women in the neighbourhoods of Córdoba, Argentina, say: “We are different, we don’t want to be unequal”.

The inequality of tasks within households, the feminisation of care at all levels… how much it affects women’s entry into the formal labour market. They are the majority of those seeking employment (ECLAC 2020) and in domestic work, they are the absolute majority, a job that in the case of domestic workers, or caregivers, are the poorest women, few formalised and with some level of social security.

I would therefore like to reaffirm our Women’s Right to the City Manifest, which we promoted through the Women, Gender, and Diversities Working Group of the Global Platform for the Right to the City. It is even more relevant in the face of the pandemic, at this moment of reconstruction of the diverse urban and social fabric. We need feminist emergency policies that actively and decisively contemplate and include women with diverse identities – ethnicity, class, age, sexual identity, and others.

To this end, strategies for the responsibility of the States, but not only, that also recognise and support community organisations that generate spaces for participatory actions of political incidence situated to needs. In the same sense, the importance of recovering the voice of women in the territory, as well as strengthening territorial action through the articulation of political leadership, social and feminist organisations. To advance in a political action that enables transformations towards more liveable cities.

International Mapping: together in a network

From the Women, Gender, and Diversities Working Group of the Global Platform for the Right to the City, we are pleased to share with you the official launch of an International Mapping of Organisations working for the #RightToTheCity and Gender Equality. We want to know what women are doing in the world for the Right to the City, from the actions in the territory, from the bottom up and also from the policies, as well as from the construction of knowledge, we are interested in making known what are the experiences, actions, and policies that women are drawing up in the construction of more just and diverse territories.

Feminists recognise each other and in this recognition we create powerful networks of action and mutual collaboration. We invite you to be part of this mapping and to join the Women’s Right to the City.

Global Platform for the Right to the City

*This article is part of the GPR2C’s International Women’s Day 2021 campaign: “The Right to the City is Gender Equality”, promoted by the Global Platform for the Right to the City and led by its Women, Gender and Diversities Working Group from March 8th, and during the entire month of March 2021.