Impacts of the #RightToTheCity Campaign at the #HLPF2019

In recent months, the Global Platform for the Right to the City has organised communication workshops to improve our advocacy capacity.

The main objective has been to provide training to help us be more effective in the campaigns of our respective groups, initiatives, struggles…

The workshop was very well received and we decided to follow it with:

We decided that the HLPF was an ideal environment for this exercise. The idea was to make the right to the city be present during the HLPF and relate it to concrete and local struggles so that these can be heard on the global stage, taking advantage of the showcase that this event represents.

The strategy was very simple: Tweet as much as possible using the hashtags #HLPF2019 and #RightToTheCity (or in Spanish #DerechoalaCiudad or French #DroitalaVille) in all our tweets, taking also this as an opportunity to showcase the work we have done over the recent period in our respective fields and struggles to flood the hashtag #HLPF2019.

They are very close to the issues that we had proposed in the campaign strategy. 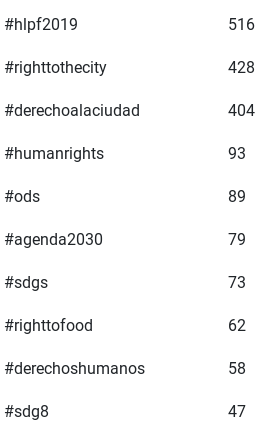 Here we can see the accounts that were more influential (that got more diffusion). For example, UN appears in the list because of the number of mentions we made to it. 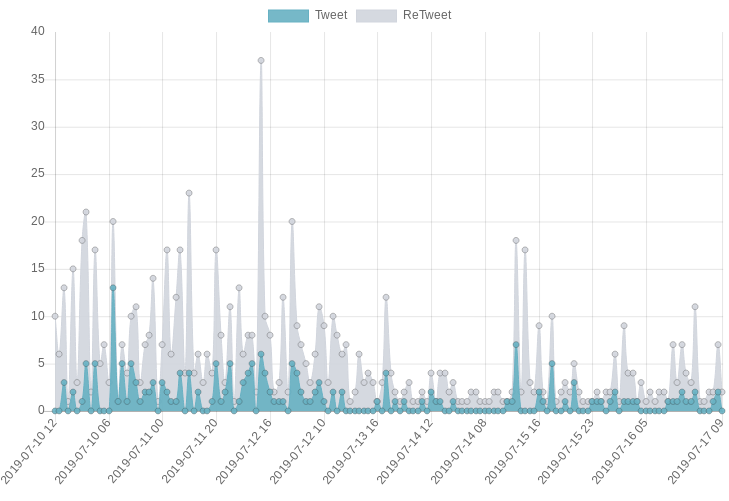 Beyond the numbers, our impression is that we have achieved what we were looking for: that, by communicating with minimal coordination, our concrete or local struggles have more visibility in the global sphere. Is anyone who has participated in the campaign encouraged to share their experience?

We leave you a family photo (a graph) of the main accounts of the campaign which also shows how they related to each other (who does rt and mentions who). 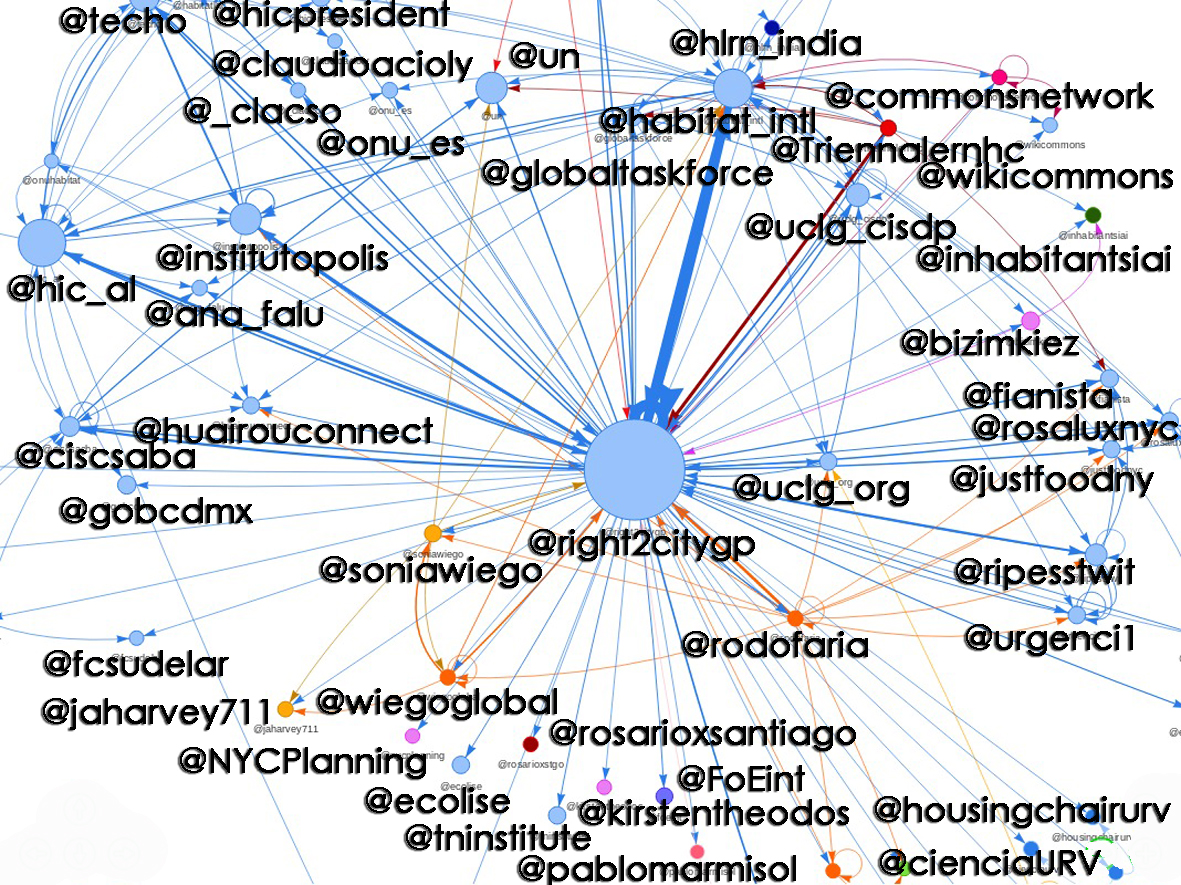 And a graph of the hashtag (how our concrete struggles have been related to this global campaign). 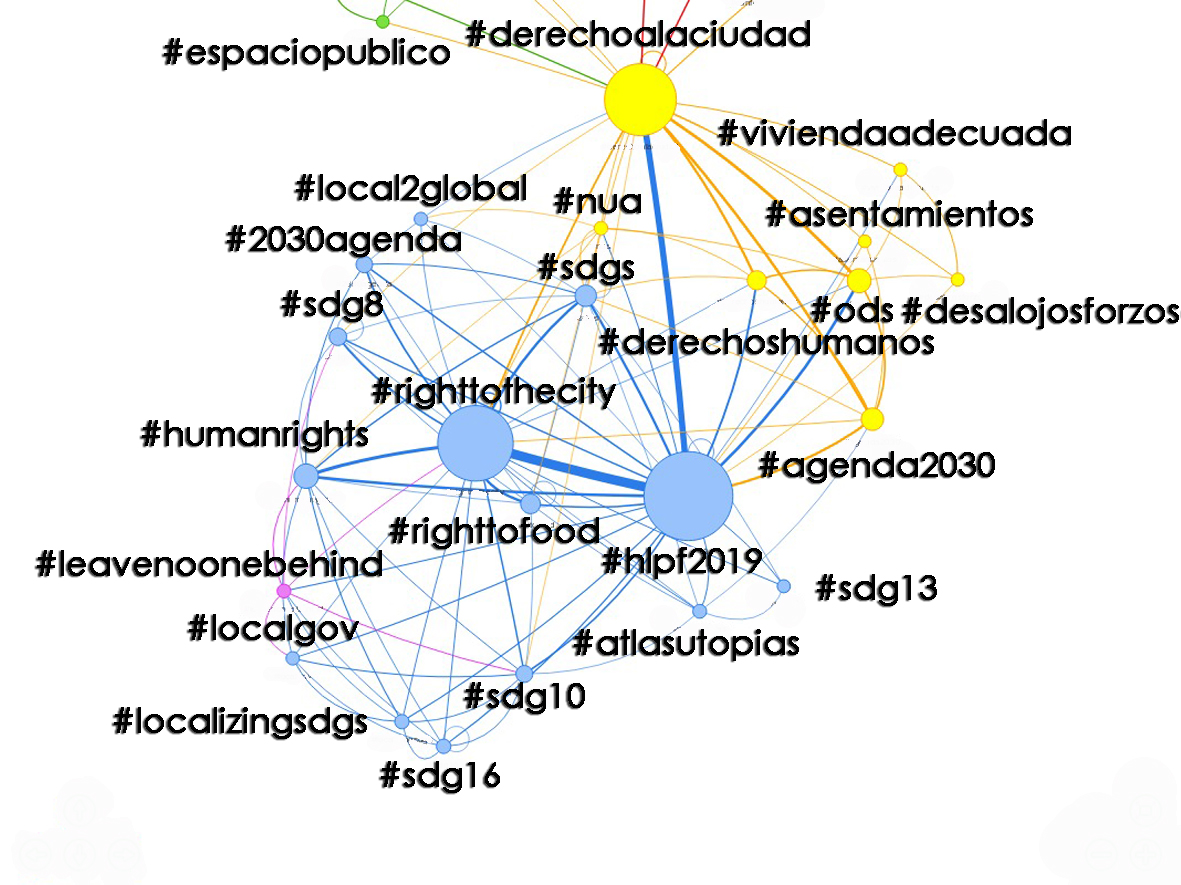 On to the next one: more and better! 🙂