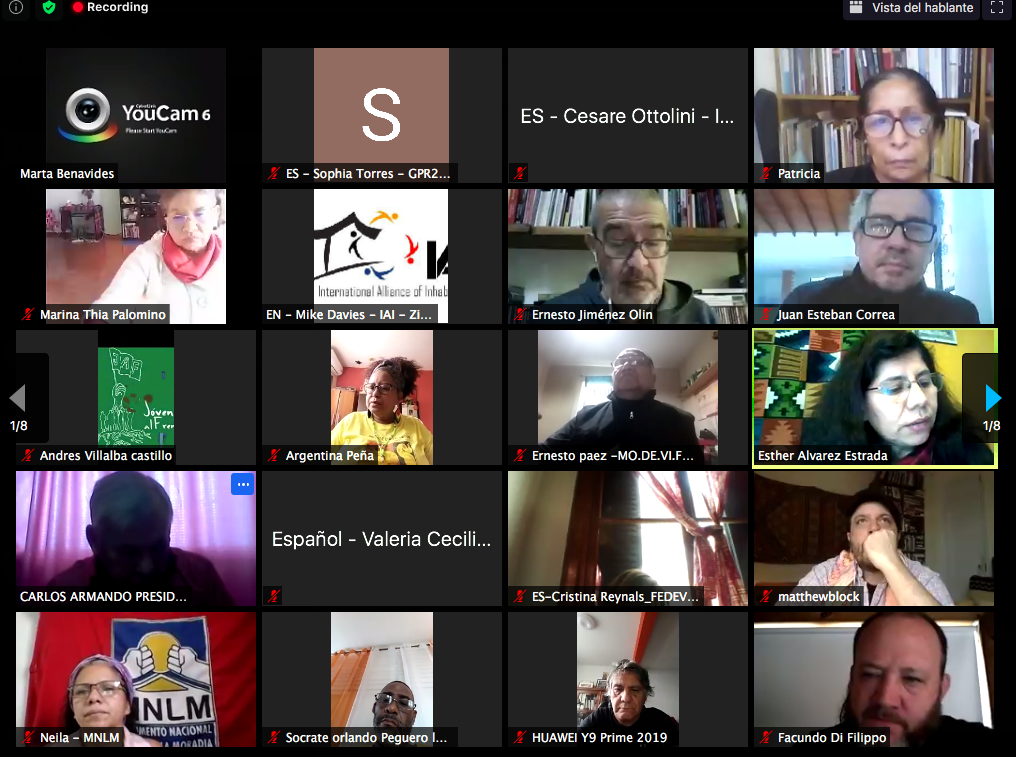 122 women and 155 men from 48 countries registered to participate in the first Virtual World Assembly of Inhabitants in history on 31/07/2020, almost 4 hours of focused and passionate speeches, solidarity expressed with activists at risk of their health and life, the decision to proceed: all emphasize the importance of the event carried out as part of the global mobilization “Zero Evictions for Coronavirus” promoted by the International Alliance of Inhabitants.

In Africa, Asia, Latin America, North America, and Europe, thousands of grassroots organizations are mobilized in health, food and social relief, in defense of the right to housing and land against evictions and its impacts. The inhabitants are not annihilated by the virus, not by the repressive policies of authoritarian regimes, and not by the ‘resilience’ policies of governments and institutions that would like to return to ‘normality’ of neoliberalism, which is the underlying cause of the crisis unveiled by the pandemic.

The Actions decided during this Assembly were :

In order to provide the VWAI Promoting Committee with the complete picture and to share the responsibilities in setting the Solidarity Agenda of the inhabitants,  everyone who had the opportunity to speak and who could not, for lack of time, is invited to fill in this easy online Questionnaire and post their speech (text, powerpoint, video, photos) (even those who had already sent it). N.B: In English, Spanish, French. If you need it, in your own language

You can watch the entire video of the Virtual World Assembly of Inhabitants here :