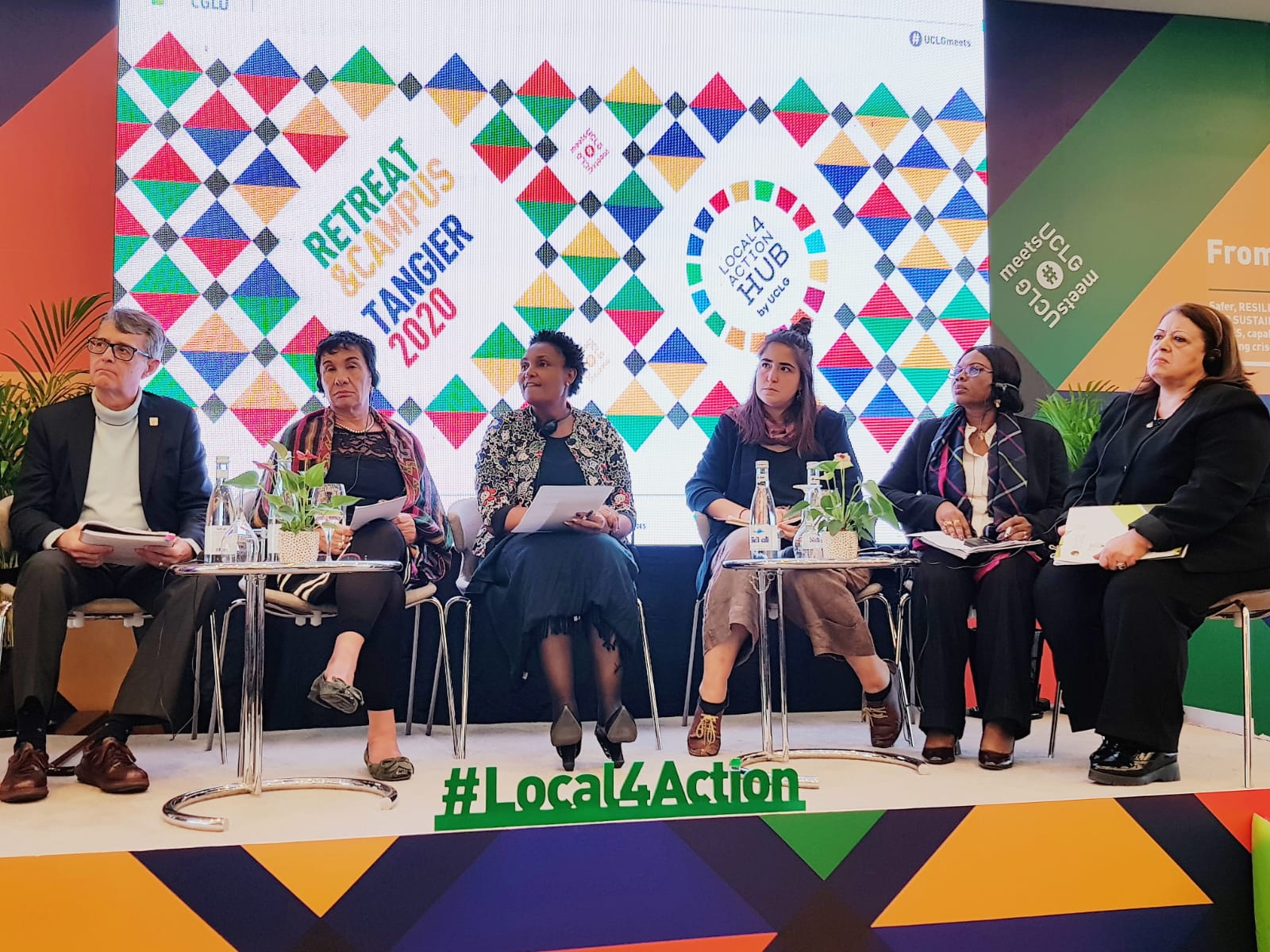 The Global Platform for the Right to the City (GPR2C) has joined the United Cities and Local Governments (UCLG) 6th Annual Retreat & Campus, which took place in Tangier from 24 to 28 February 2020. The UCLG Annual Retreat is a week-long gathering that provides an opportunity to define synergies and develop actions between UCLG’S constituency and partners in line with the work plans set out by the governing bodies.

During the week, some of the main areas of action for the year ahead were highlighted and discussed. These included climate action, migration, inequalities, social inclusion, gender equality, local democracy, culture and local finance. Some of the main mechanisms and initiatives to be put in place in order to advance on these themes were the waves of action on migration and public spaces, the strengthening of UCLG research agenda with a new report of the Global Observatory on Local Democracy (GOLD) and the Local4Action Hubs, a new initiative that seeks to facilitate the process of local governments implementing new initiatives for the localization of global agendas, providing them with relevant information and partners.

The 2020 Retreat was focused on building upon the progress made during UCLG’s 6th  Congress & World Summit of Local and Regional Governments, which took place in Durban in November 2019. This was the occasion for electing a new presidency and leadership and for drafting a declaration that provides a vision and the direction for the networks’ work in the following years. This whole process was conducted under a participatory approach, engaging internationally organized communities and civil society organizations. The GPR2C participated actively in this process, developing a policy paper with recommendations for local governments on how to implement the Right to the City, which was presented to elected representatives at a Town Hall organized during the congress.

This spirit was maintained during the 2020 Retreat with the active participation of partners from international organizations and civil society in order to contribute to the debate within the UCLG network on how to synchronize efforts to localize Global Agendas in the implementation decade. To this extent, the GPR2C contributed to the week-long discussions, specially on the sessions on Equality and Rights held by the UCLG-Committee on Social Inclusion, Participatory Democracy and Human Rights (UCLG-CISDP) and the session dedicated to the Town Hall constituencies.  In the first one, it was key to highlight the importance of working along with civil society in making sure that the implementation of Global Agendas is carried out under a human rights framework and with an inclusive approach that puts the promotion of economic, social and gender equality at its center. In this sense, the Right to the City offers a transversal perspective for the territorialization of global commitments which puts inclusion and justice at its center.

The debate with the Town Hall constituencies, which also included Cities Alliance, Huairou Commission and the General Assembly of Partners for Habitat III, was focused on following-up on the discussions carried out during the UCLG Congress and on how these constituencies could join local and regional governments in the process of contributing to the re-imagining of the multilateral system on the occasion of the United Nations 75th anniversary. One of the take-aways from the debate was the need to approach global agendas under a transversal perspective and not under isolated thematic efforts. From the GPR2C it was highlighted the opportunities of strengthening multi-actor partnerships to act on the international system and ensure participation, such as expanding the work done between local governments, civil society and UN Special Rapporteurs, in initiatives such as The Shift Campaign and the Cities for Housing Declaration, as well as implementing participatory mechanisms such as the Stakeholder Engagement Mechanism proposed by Habitat International Coalition during the 2020 World Urban Forum.

You can read a full recap of the 2020 UCLG Retreat & Campus here.