The GPR2C joins in the 6th UCLG Congress in Durban 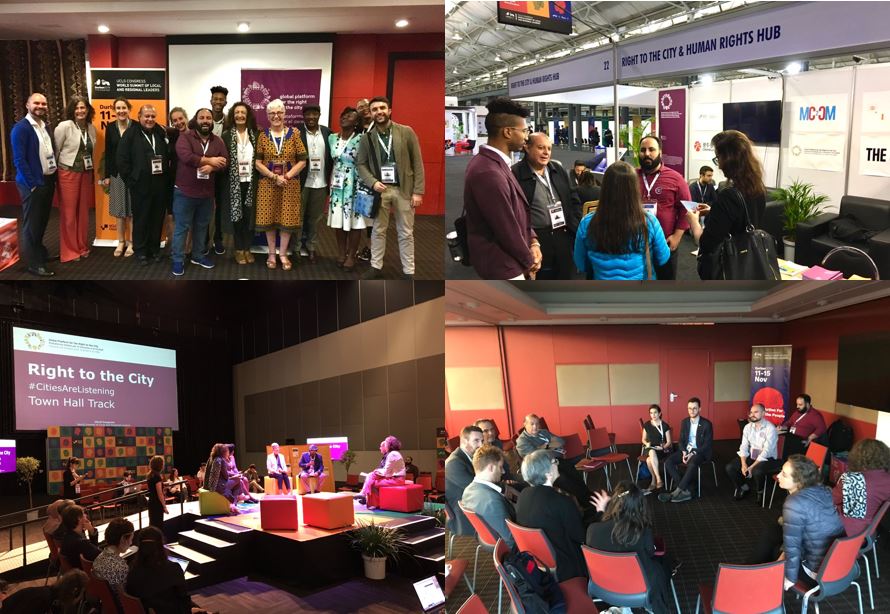 Between November 11-15, mayors and local and regional representatives from around the World gathered in Durban, South Africa to attend the United Cities and Local Governments (UCLG) World Summit. For the first time in the history of UCLG, the Summit included thematic Town Hall meetings in which civil society groups were given the opportunity to address local government representatives on the issues of Accessible & Inclusive Cities, Gender Equality, Sustainable Urban Development, Addressing Informalities, and the Right to the City.

Prior to the Summit, the Global Platform for the Right to the City (GPR2C) and some of its members produced thematic policy papers including recommendations for local and regional governments on how to move forward on each thematic agenda. These papers were the basis for the Town Hall discussions and the recommendations that each civil society group shared during the General Assembly.

The Right to the City policy paper, coordinated by Eva García Chueca from CIDOB, Barcelona, includes the following key recommendations:

During the Right to the City Town Hall, other challenges were discussed, including increasing inequalities, the specific challenges faced by women and people with disabilities, or libraries as enablers for the implementation of the Right to the City. The need for stronger partnerships between different levels of government (resource allocation, legal powers), between the public and the private sector, and between public authorities and the civil society was the most echoed demand among participants.

In addition to the Town Hall meetings, the GPR2C organized two internal meetings – Training and Research Working Group and Facilitation Group – as well as several training activities at the Right to the City and Human Rights Hub. Durban was a great opportunity for GPR2C members to hold in-person meetings and continue building joint strategies moving forward.

All in all, the GPR2C and its members were successful at advocating for the implementation of the Right to the City at the local and regional levels, engaging directly with public authorities to develop specific policies and programs. The #RighttotheCity was also the most popular topic related to #UCLGCongress on social media. Moving forward, we want to continue working with UCLG to develop strategies and recommendations on how to implement the Right to the City at the local level, while building a network of Cities that are committed to start working on developing their own Right to the City programs and plans with civil society’s participation both in the design and implementation phases. 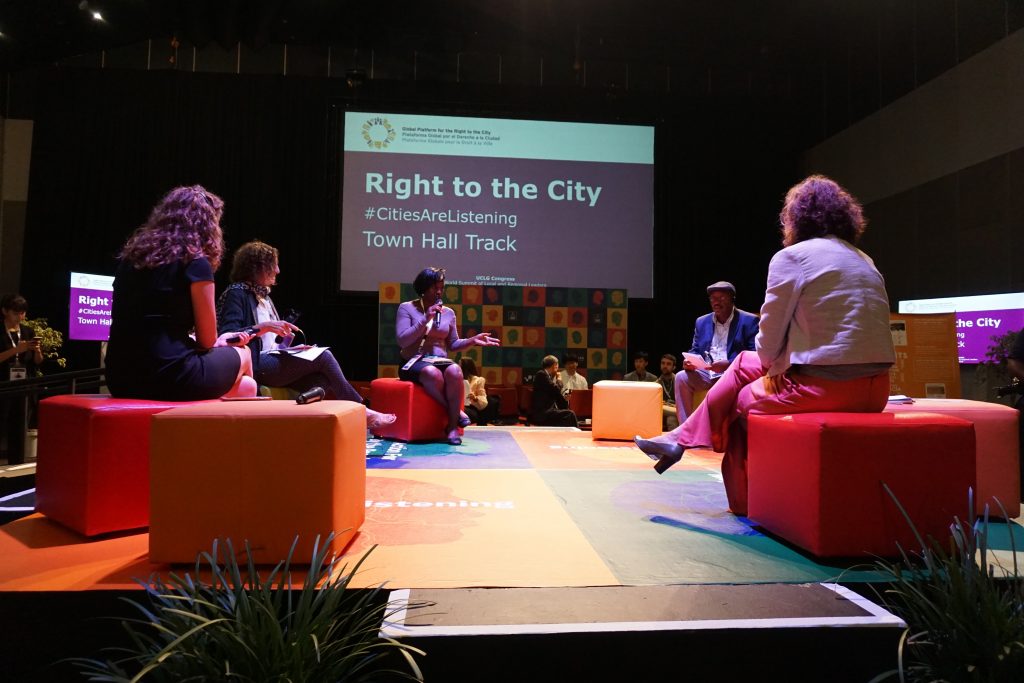