The Conference of the Parties to the United Nations Framework Convention on Climate Change (COP25) was held from 2 to 12 December in Madrid. The Global Platform for the Right to the City (GPR2C) organized and joined activities and mobilizations both inside and outside the official event, in order to promote the voice of civil society and the importance of the realization of human rights related to habitat – the right to land, housing and the right to the city – both at the official event and in alternative forums.

The COPs tend to be quite restricted events, mostly closed off to the general public. This was further exacerbated this year by the decision to transfer the event from Santiago de Chile to Madrid, barely one month before the event took place, to divert attention from the widespread protests that have dominated Chile over the last months. The isolation of the conference comes in stark contrast with the history of people’s mobilization for the preservation of our climate, nature and ecosystems. Such historic mobilization has recently seen an increase in intensity throughout the world, mostly led by youth alarmed and disappointed with the inaction of governments and authorities in the face of climate change. 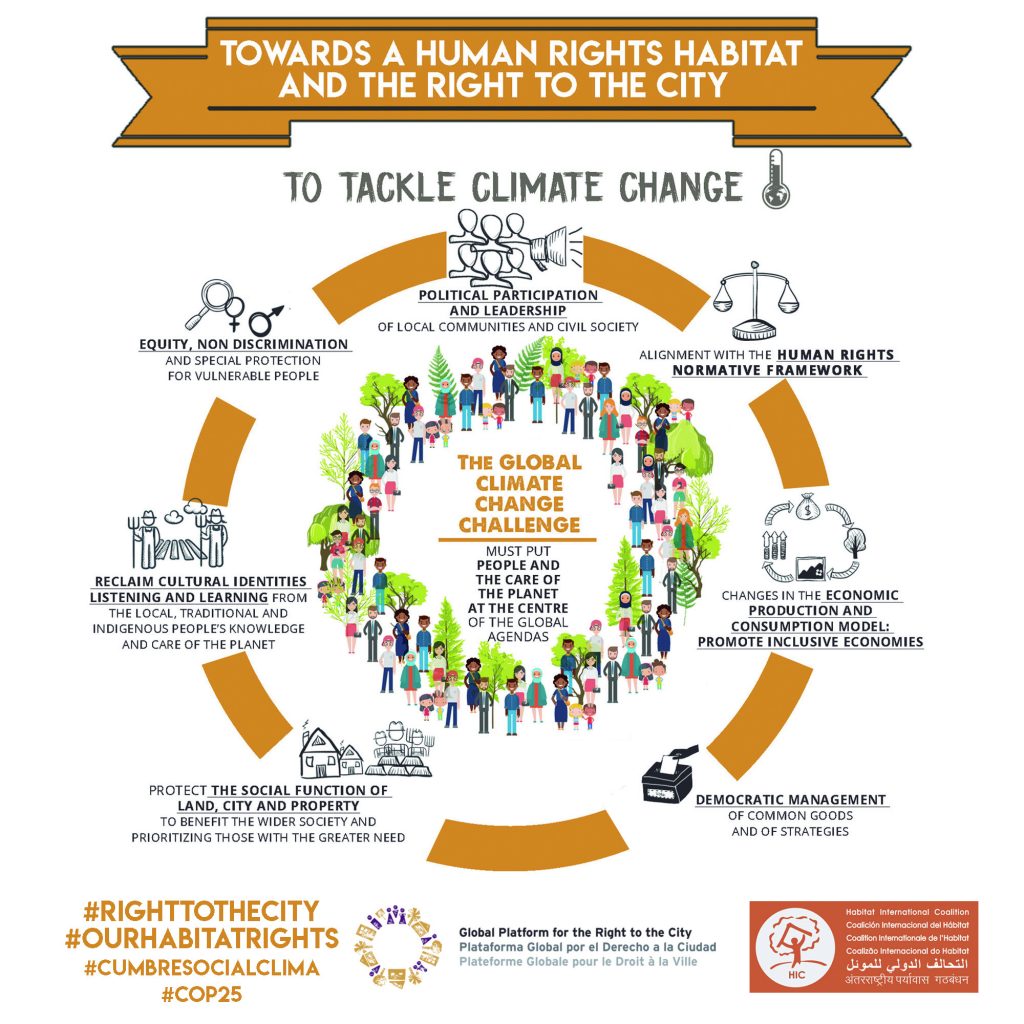 In light of that context, the GPR2C has decided to frame its participation at COP25 under a very clear message: the global climate change challenge must put people and the care of the planet at the center of the global agendas! Such vision was further detailed in a collective statement drafted with its members and that focus on the contribution of habitat related human rights (right to land, to housing and to the city) in tackling climate change (see image below). Moreover, it focuses on five main points that should be at the centre of climate action: 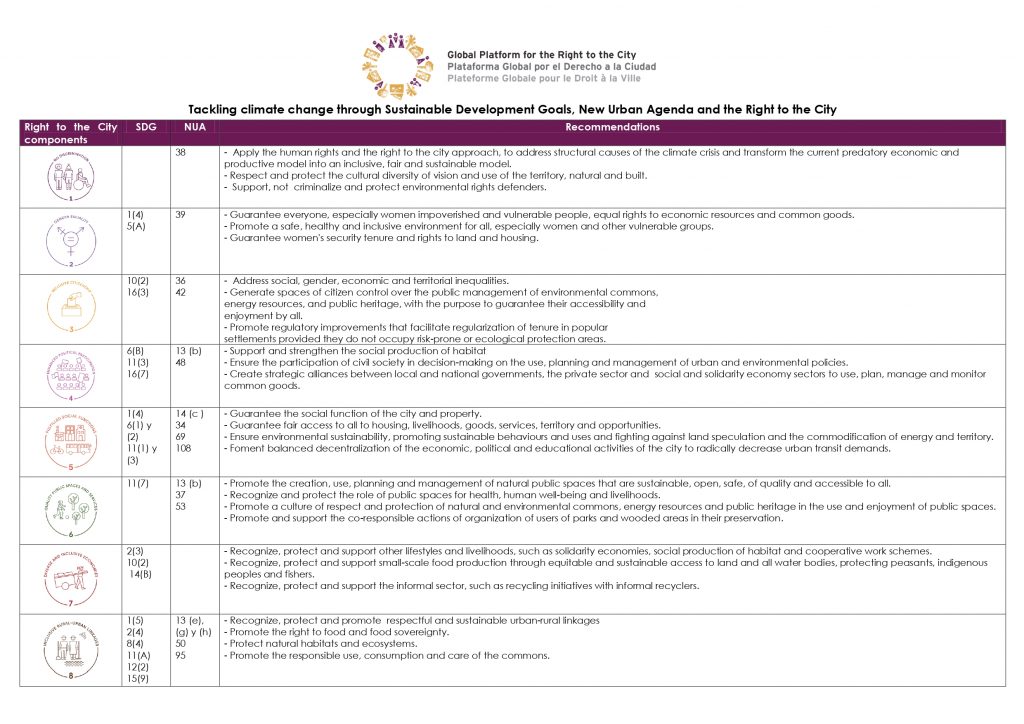 The declaration set the basis both to a collective campaign on social media, launched on the first day of the event, and to the overall participation of the GPR2C in the official event and in alternative forums. The GPR2C was represented by Alvaro Puertas, Habitat International Coalition’s General Secretary, who took part in two main events. First a discussion on climate responsive and community-based building and construction, focusing on the social, environmental and economic benefits of using natural local materials and traditional, sustainable building techniques. Then a side-event co-organized by HIC and the GPR2C on the relations between human settlements and climate change under a human rights-based approach.

Beyond the official event, the GPR2C also supported the mobilization and organization of parallel activities and counter summits both in Madrid and in Santiago de Chile, such as the Peoples’ Summit and the Social Summit for Climate Action. This included the march for the climate that took place in Madrid on December 6th, and the International Tribunal on Evictions, which had sessions both in Santiago and Madrid focused on climate change related evictions and displacement.

The GPR2C further joined in and gave support to campaigns carried out by its members during the event, such as the month long effort carried out by HIC Latin America to raise awareness on the importance of the use of local natural materials, and WIEGO’s campaign focused on the contribution of waste pickers in fighting climate change.

Finally, on December 10th, as COP25  was approaching its end, we celebrated Human Rights Day by giving continuity to our campaign to promote and protect habitat Human Rights Defenders, with a specific focus on environmental defenders threatened and persecuted around the world for protecting the land and ecosystems that are vital to their survival and to the well-being of our planet.

Its is clear that there is still a long way to go to halt and reverse the effects of climate change. But under the leadership of civil society, alternatives and responses are being already developed around the world!