Women’s Right to the City during the pandemic 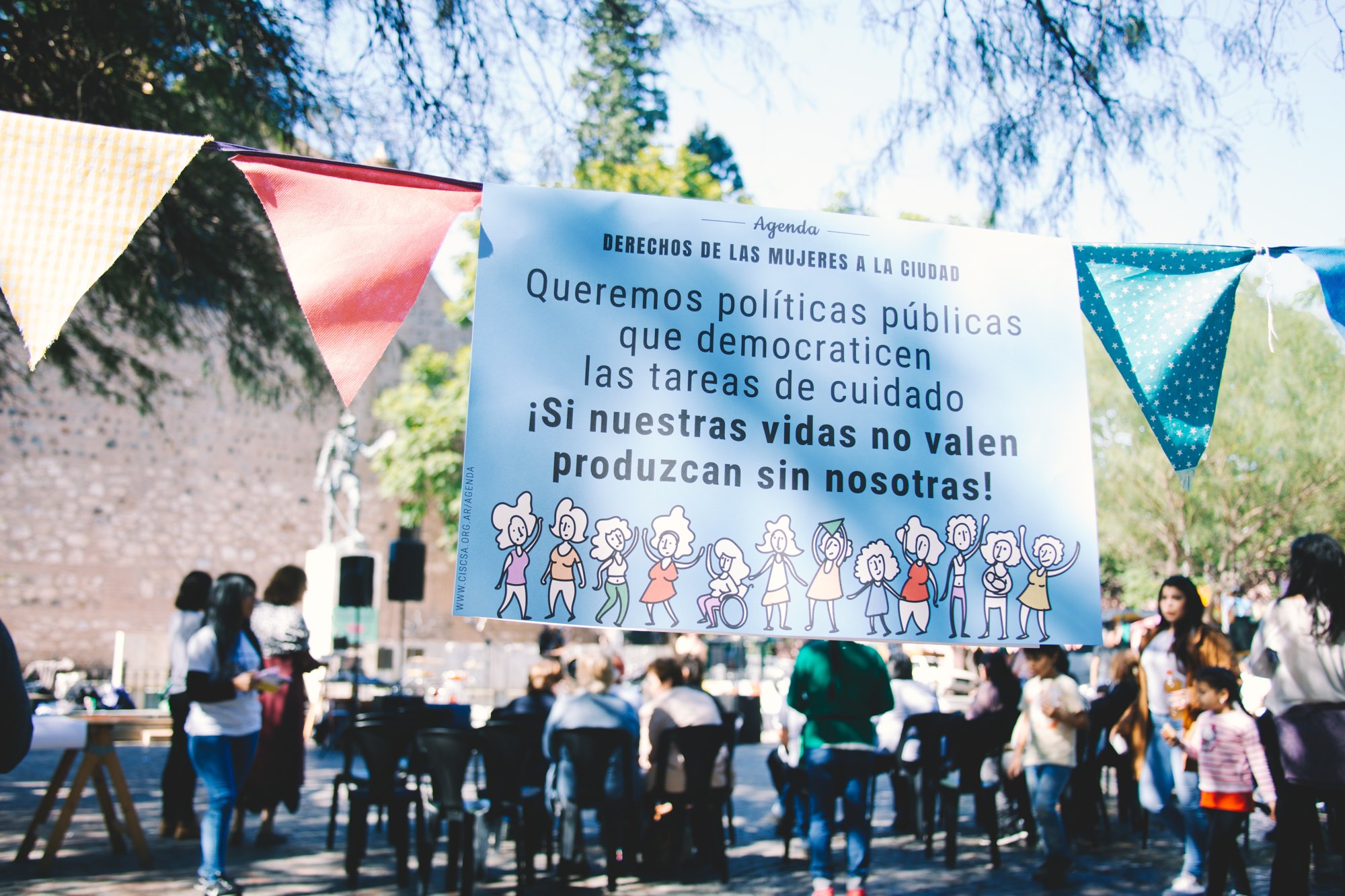 I want to contribute with 4 main points in relation to today’s topics: violence against women and their health is part of the Right to the City and Human Rights.
Women’s right to the city and to diversity is political, and implies the unveiling of power conflicts, of domination and subordination, of omissions that give account of the patriarchal and colonial constructions that have become more acute in the neo-liberal society of the ownership of goods and people.
In times of epidemics and uncertainty, violence against women breaks records, women are locked up with their abusers. At the same time it is mostly women who are in the front line of the healthcare crisis.
The social humanitarian consensus is absolute, in the face of the pandemic the people are the focus.  However, “the people” is a neutral category, insufficient to think about the diversity of society.  This neutrality that we have been questioning from the women networks and the feminist movement demands that policies be thought of in a feminist key in order to put inequality and diversity at the centre of the emergency agenda. And within it, women and their intersections, and to understand that this pandemic is not the same for everyone.

Never before the relationship between health and habitat conditions has been more evident than in this epidemic that challenges us locally and globally.

In spite of the conceptual advances produced by feminism and women’s organizations, the Latin American Women and Habitat Network, WICI, Huairou Commission and others, on the Right to the City for Women, the dominant theoretical productions and political actions insist on thinking of cities in terms of “neutrality”, invisibilizing and subordinating subjects.

Outside, in public spaces, feminicide, in Argentina 23 murders in 30 days. Growing and complex violence of different types and origins, affecting the right to life of women. Bodies that are not recognized as equal and must be disciplined (Rita Segato (1) , 2018), women’s bodies, racialized bodies, diverse bodies. The silent city, due to the necessary social isolation, allows listening: in the building, in the neighborhood, there is a greater clarity of sounds, violence can be heard. So promote solidarity alert, zero tolerance to violence. Ferocious violence that reaches feminicide, the greatest expression of patriarchy and ownership.

These four central considerations are expressed at different scales of territories, which are necessary to recognize and which account for territorial injustices (2). These are: those of body territory, this our first territory, bodies in dispute the first territory on which to decide, of identities and subjectivities that must be respected. And also the home territory, neighborhood territory and city territory. Each one with its complexities, does not allude to static and divided categories, but to a relation of interdependence, crossed by a multiplicity of intersections in the multiple defined identities defined identities of sexuality or raciality, age, disability, among others. Each scale constitutes a type of territory strongly in dispute.

I close by affirming that violence is a public health problem, that the epidemic has brought to light the obscene inequalities resulting from a patriarchal culture and coloniality that persist in the racialized, impoverished, and discriminated bodies that skew the lives of women.  The capitalist, patriarchal, colonial, racist vision wants to discipline them by seeking to weaken resistance.
Decades of neoliberalism, of authoritarianism, of churches becoming political parties, focused on demonizing the advances and rights won by feminism. Resistances and resiliencies in emergencies and crises empower them and transform established power relations.

(1) Segato, Rita Laura. Contra-pedagogías de la crueldad (Contra-pedagogías de la crueldad). Buenos Aires: Prometeo Libros, 2018. 142 pp.
(2) An example of this is the Seminar-Workshop Women and Cities. [IN] Territorial Justice (2017, 2018, 2019). Organized by CISCSA/Articulación Feminista Marcosur www.ciscsa.org.ar/seminario-taller-2019. The contribution of other entities such as the Gender and Women’s Group of the GPR2C, the International Networks of the Huairou Commission and the Women and Habitat Network Latin America, Col-lectiu Punt 6 and others should also be rescued in order to contribute to these agendas.