Accelerating New Urban Agenda implementation through the Right to the City: the GPR2C at WUF11 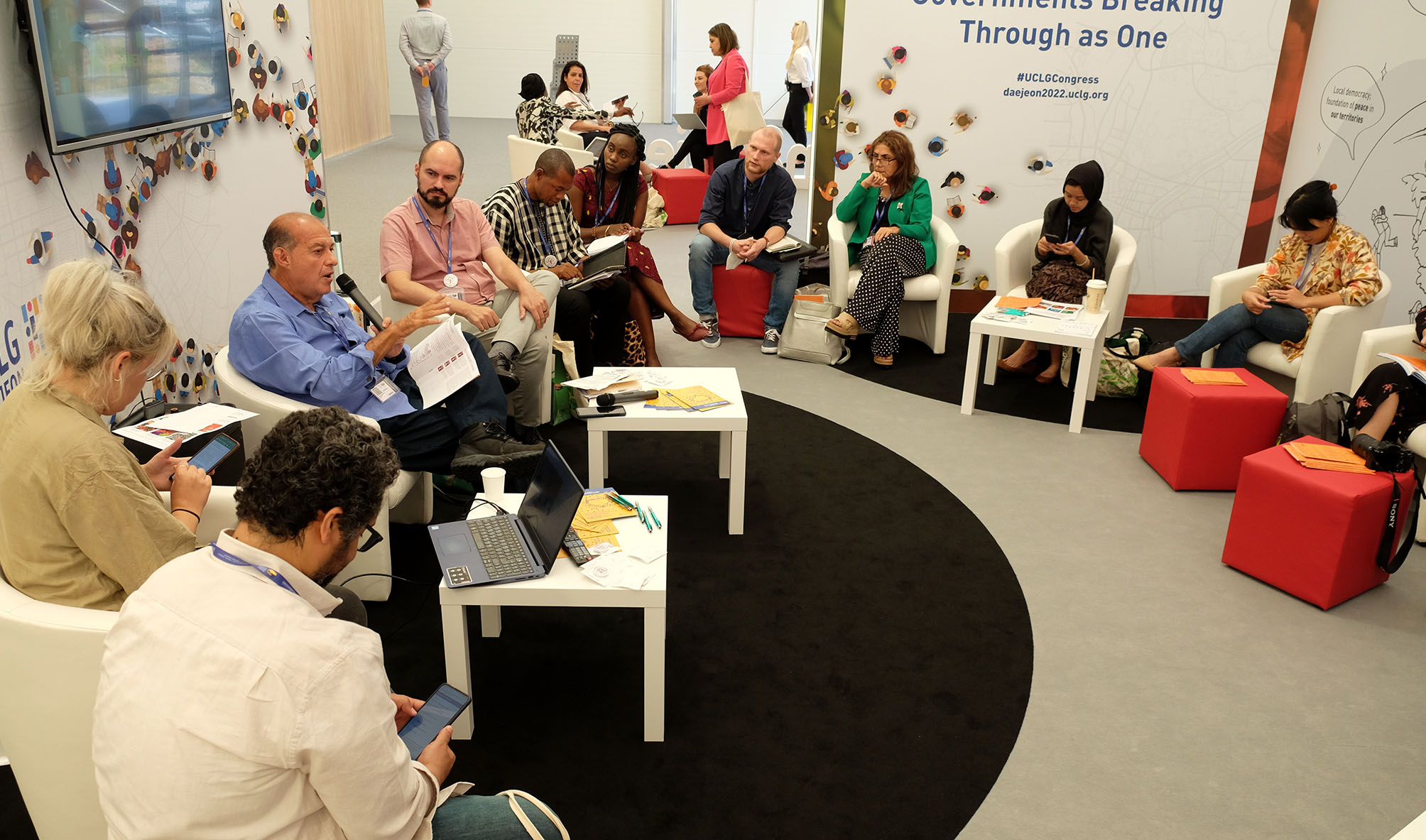 As in previous editions, the GPR2C and members have participated actively in the 11th World Urban Forum, held in Katowice, Poland, from the 26th to 30th of June. As the largest forum convened by UN-Habitat, the World Urban Forum was marked as a key space for discussion on the follow-up on the implementation of the New Urban Agenda (NUA), following the High Level Meeting (HLM) on the five years of NUA implementation, held by the President of the UN General Assembly on the 28th of April.

In line with the overall tone of the official report released by the UN-Secretary General ahead of the HLM, the GPR2C is convinced of the renewed relevance of the New Urban Agenda, particularly after the emergence of the COVID-19 pandemic. However, in the face of the lack of commitment to implementation by Nation States, NUA implementation calls for a systematic and multi-stakeholder effort by a wide range of actors, putting human rights commitments and the Right to the City at its center. Read our take-aways from the High Level Meeting here.

The World Urban Forum presents itself as a key opportunity for such, given the diversity of actors present and the role of UN-habitat in promoting NUA implementation. In this sense, the WUF declared actions reinstated the call for repositioning the NUA as a road map for accelerating sustainable development, climate action, and building peace. However, such commitment remains restrained without specific actions and binding commitments by States. On the other hand, in a similar manner to what was observed in April, a wider commitment to NUA by different UN Agencies and bodies, in particular by ECOSOC, was reinforced.

The GPR2C’s actions during WUF were oriented towards extending the dialogue around the implementation of NUA and other Global Agendas through the Right to the City with a diversity of actors and combining different strategies, from advocacy, to campaigning and capacity building. Here you can find the full programme of activities and below, you can find more details on them.

Activities led by the GPR2C

The next day, the GPR2C organized a training in partnership with UCLG focused on the Right to the City and its components related to No Discrimination and Inclusive Citizenship. Under the framework of the overall focus of WUF11 on crisis and conflict, the training was the opportunity to delve deeper on discussion related to how cities can play a central role in the fight against discrimination, advancing torwards new paradigms related to what “citizenship” means and its role in building more equal, diverse and inclusive human settlements. The training focused on presenting the main findings of two thematic papers developed by the GPR2C over the last year on non-discrimination and inclusive citizenship, highlighting specific recommendations to local governments both on how to advance policies that specifically address discrimination, but also on how to assess and and reddress discriminatory practices in a transveral way throughout municipal structures and action.

Finally, WUF11 was the occasion to release the GPR2C’s latest thematic paper focused on Cities and Human Settlements with Quality Public Spaces. This paper explores the complexity of public space across different dimensions: urban, cultural, artistic and performative, political, environmental, and virtual and their respective contribution in fostering the Right to the City. Click here to learn more about the paper and to read it.

Activities from GPR2C members and allies

GPR2C members and allies were also very active throughout the event. Throughout the points explored, three takeaways can be highlighted:

We will continue working to accelerate the implementation of the New Urban Agenda through the right to the city, as a drive for promoting social, territorial and environmental justice, through progressive policies and fulfillment of human rights obligations.