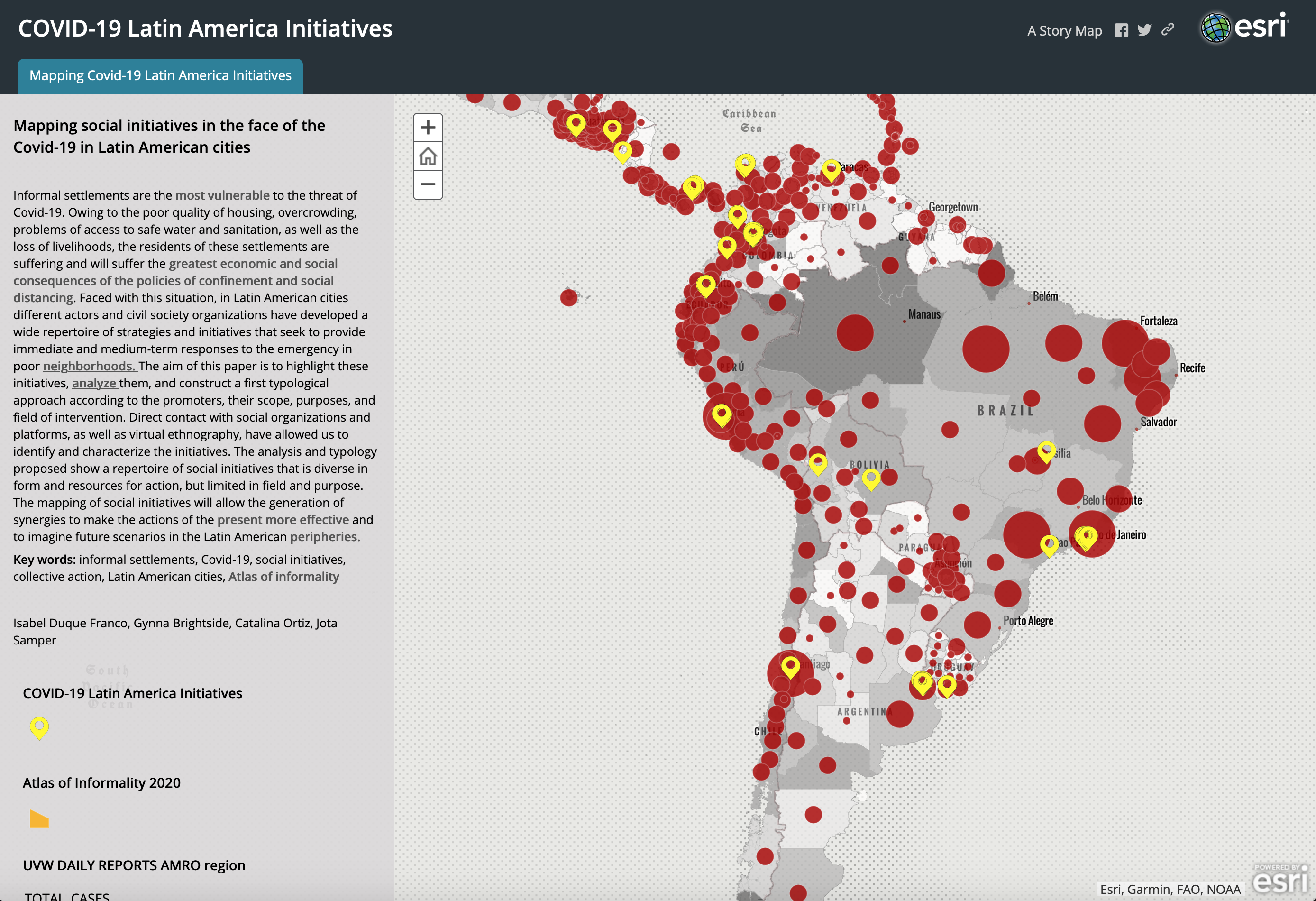 In order to face the emergency and collectively imagine a post-pandemic future, it is necessary to generate and consolidate a global network of solidarity and empathy. To this end, we have created the “Synergies for Solidarity” campaign in an alliance between partner organizations of the Development Planning Unit’s COiNVITE project (DPU- UCL), Habitat International Coalition (HIC), the Global Platform for the Right to the City (PGDC), the Urban Habitat and Housing Practice Platform (UHPH), the National University of Colombia, the University of the Andes and the University of Boulder and the “Covid and Precarity” group.

The objectives of this campaign are:

In the first phase of the process we focused on the Latin American region for data collection and analysis. After two months of collecting data, receiving records and refining information, we want to share initial findings and raise some relevant premises for post-pandemic care and recovery. To do so, we rely on the data provided by the 205 registered initiatives, which are mainly located in Brazil, Colombia and Argentina.

Latin American cities have been built with time, with their people and with networks of solidarity and creative energy. During the pandemic, this process has not changed. Initial findings show that 41% of the initiatives are of a neighbourhood or district nature and 28% are urban-scale initiatives. The focus of the citizen response has been on solidarity network initiatives for survival, where 37% of them focus on sustaining, expanding and generating soup kitchens, community pots or convites where the role of women in care work is fundamental. This is often followed by 34% of documented initiatives on educational campaigns for hygiene and public health. These initiatives use solidarity networks for prevention and community media for the dissemination of educational messages through local popular music, generation and distribution of pamphlets and health materials.

A transversal theme is the role of information technologies in the generation and visibility of data from informal neighborhoods with initiatives such as Caminos de la Villa in Buenos Aires or the Redes da Mare in Rio de Janeiro. This highlights the challenge of the digital divide and citizen data, and implies expanding accessibility to digital media, which are key to social recognition and mobilization.

These partial results support the premises for coordinated action against the collective imagination to create fairer cities in the post-pandemic era: