Towards building cities for life 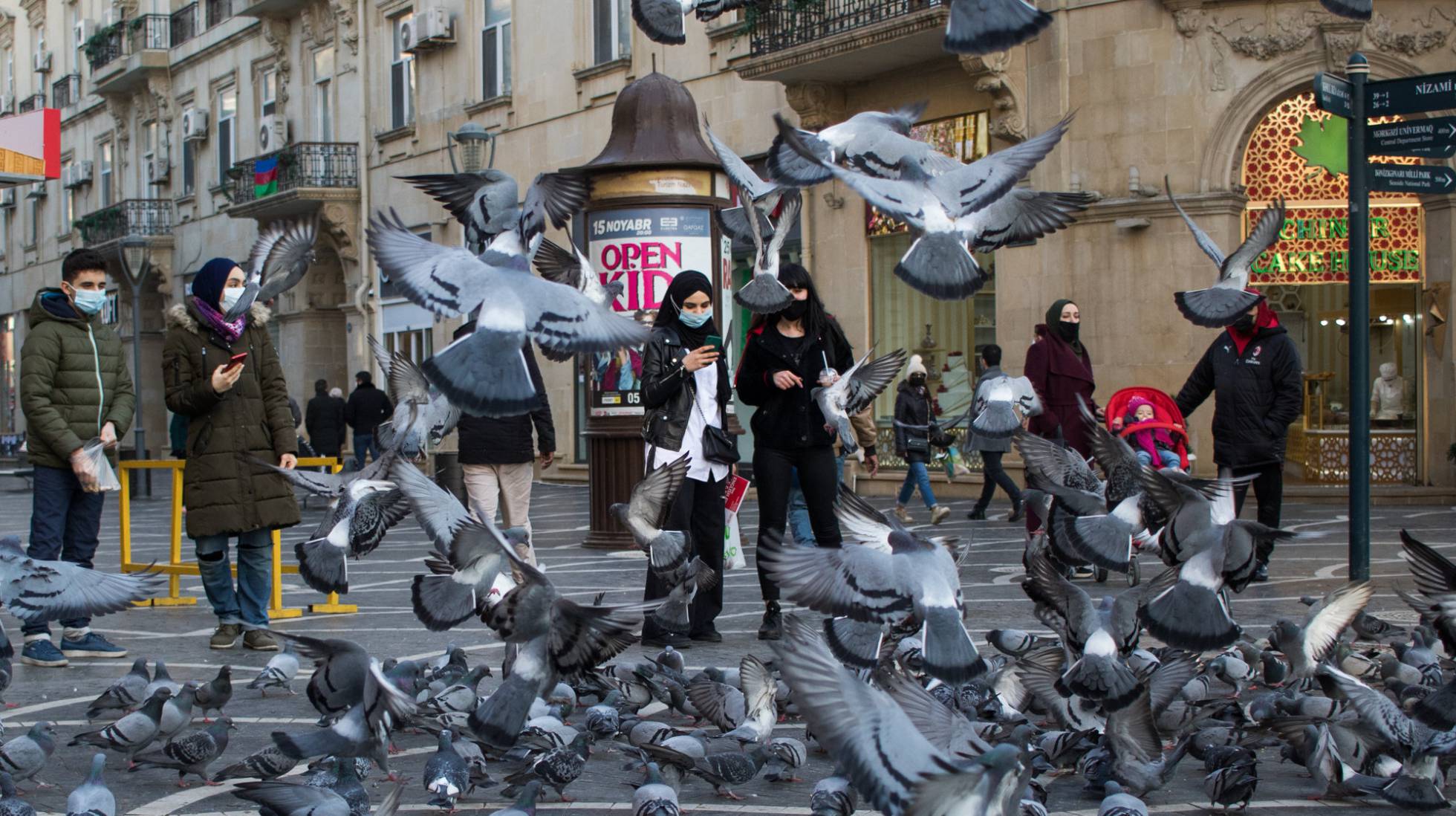 At the end of a year of so many challenges and transformations, we have celebrated Human Rights Day with hope. Responses to the crises generated by the pandemic are advancing a paradigm shift to better rebuild our cities and human settlements: the right to the city.

The global crisis generated by the coronavirus is demonstrating the urgency of putting life and people above profit. More than ever, there is a need for effective transformation of urban life, moving towards economic and urban development models focused on the social function of the city.

This implies recovering and strengthening community public services, moving towards a society of social wealth and an economy at the service of life and the common good. It is necessary to prioritize dignity, care and effective democratization of decisions regarding the present and future of cities.

Current urban models that understand urban space as a commodity are showing their structural flaws. They reveal unequal, segregated and exclusive cities that do not fulfil basic human rights, such as health and housing. A variety of mechanisms are used to perpetuate this model, triggering evictions, dispossession, homelessness, privatization of public space and services, destruction of livelihoods, exclusion, and violence, among others.

The evidence of the structural failures of the hegemonic patterns of city building opens a window to advance alternatives. We are witnessing an era of accelerated change through the initiatives of civil society organizations and local governments in all regions of the world. We are facing an emerging wave of transformative practices and responses to the systemic economic, social and ecological crises of our planet. 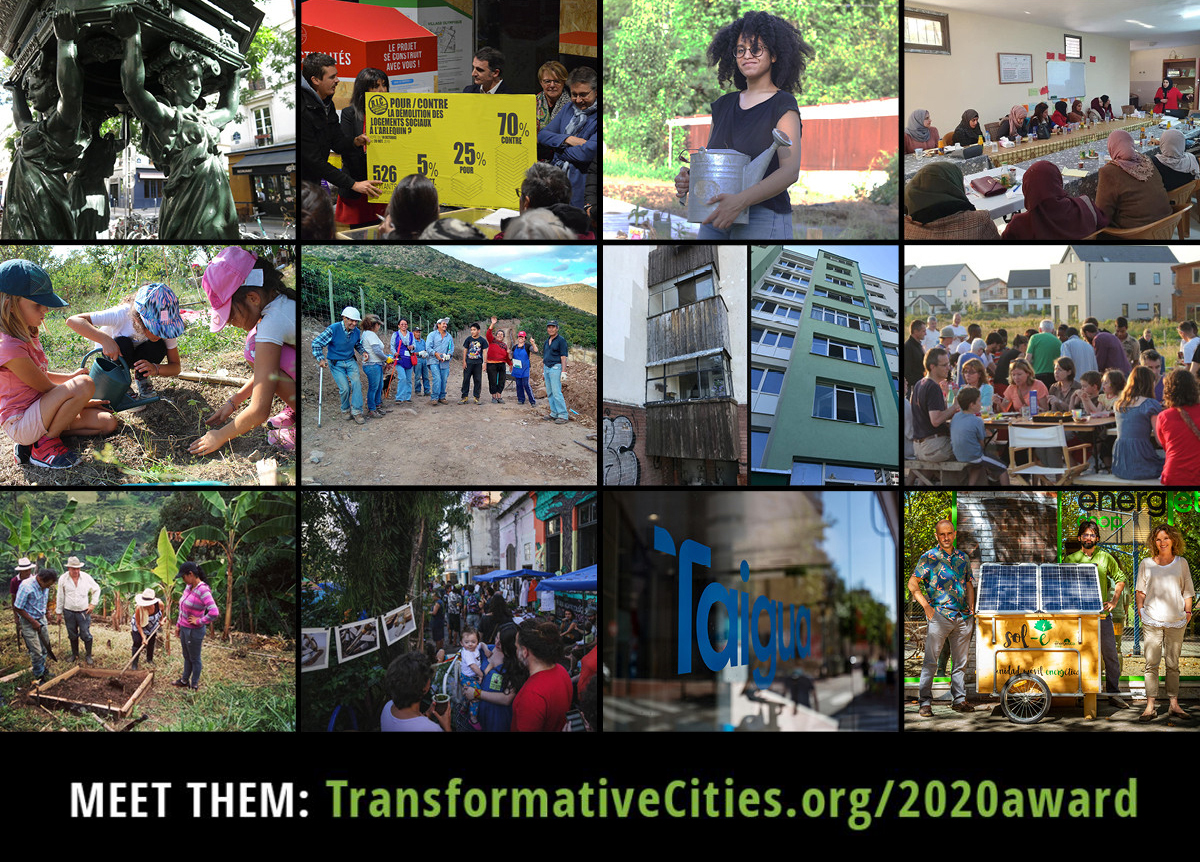 As former UN rapporteur on adequate housing, Raquel Rolnik, stated at the Transformative Cities award ceremony, “Local forms of resistance against commodification and financialization are succeeding in moving towards that other possible world”.

In Argentina, Scotland, Spain, the United States, France and Portugal, progress has been made in protecting the right to housing. Evictions have been suspended during the pandemic, with new policies being developed to convert touristic flats and offices into affordable housing. Around the world, progress has also been made on emergency policies that have ensured the provision of basic supplies and supported informal sector workers. These measures have shown that change is possible; the challenge now is to move towards permanent policies and structural changes.

A review of the finalist cases of the Atlas of Utopias -a Transnational Institute project that brings together stories of communities around the world focused on transforming housing, water, food and energy policies and practices- makes clear that civil society is leading the way.. Is the case of Petorca, Chile, where the rural union “Agua para Todos” is generating sustainable solutions to the water crisis by strengthening community mobilization. In Pengon, Palestine, local women are leaders in sustainable energy. This initiative brings together empowered women with the aim of transforming the energy system, giving them control over solar energy and empowering them to participate in decision-making in the clean energy sector and lead change in their communities.

These experiences of Members and Allies of the Global Platform for the Right to the City and Transformative Cities show that the protection and implementation of the Right to the City for all are possible. Thus, the Right to the City is a roadmap to emerge strengthened from the crises due to its integrality, democratic character and territorial perspective. Today, more than ever, the interdependence of all human rights is clear. We need a comprehensive approach, anchored in the territory and built jointly by society, local and national governments and international organizations that are committed to the construction of other possible world, a world that needs to be just, supportive and sustainable.

Isabel Pascual Díaz and Sophia Neitzert Torres are part of the Global Platform for the Right to the City, a network of civil society and local government organizations committed to political action and social change through the promotion, defence and fulfilment of the Right to the City at all levels, paying special attention to people and communities affected by exclusion and marginalization. They are also part of the Habitat International Coalition. the global network that fights for the recognition, defence and full implementation of the right of everyone to a secure place in which to live in peace and dignity.

Josephine Valeske and Melissa Koutouzis are members of the team of the Transnational Institute, an international research and advocacy institute committed to building a just, democratic and sustainable planet.