Cultural diversity as a basis for the Right to the City: the GPR2C at WUF10 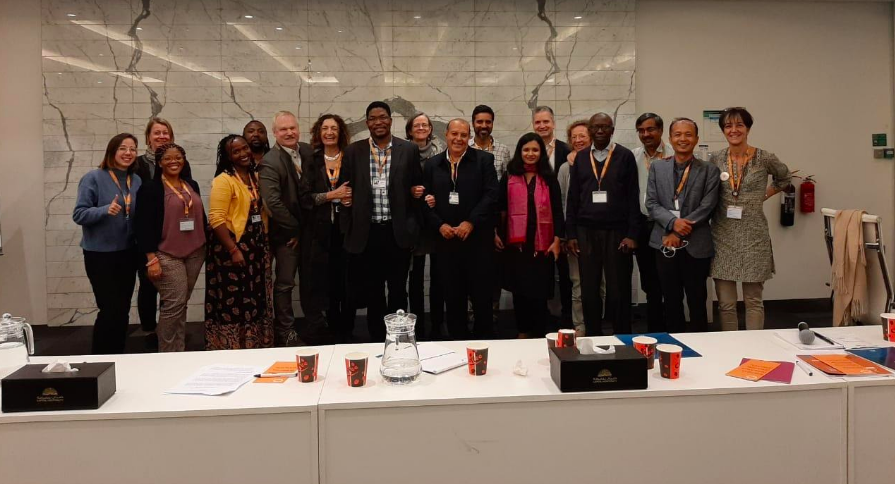 The position of the GPR2C at the WUF was clear: Culture and cultural diversity are fundamental for the full implementation of the Right to the City. They are critical for promoting cities that are free of discrimination, embrace gender equality and ethnic, racial and social diversity, and enhance participatory democratic processes. Read the full position paper.

The 10th session of the World Urban Forum (WUF) took place from the 8th to the 13th of February 2020 in Abu Dhabi, UAE. As in previous gatherings, the Global Platform for the Right to the City (GPR2C) members and allies were present at the event, organizing different activities to advocate for the Right to the City as a lever to harness sustainable and inclusive urban development.

The WUF was established in 2001 by the United Nations to address rapid urbanization and its impact on communities, cities, economies, climate change and policies. The theme of this year was “Cities of Opportunities: Connecting Culture and Innovation”, focusing on the linkages between urbanization, culture and innovation as a basis for inclusive, safe, resilient and sustainable cities and human settlements.

Such topic is clearly connected to several of the components of the Right to the City and was addressed both at the activities organized by the GPR2C as a whole or promoted by its members.

Activities organized by the GPR2C 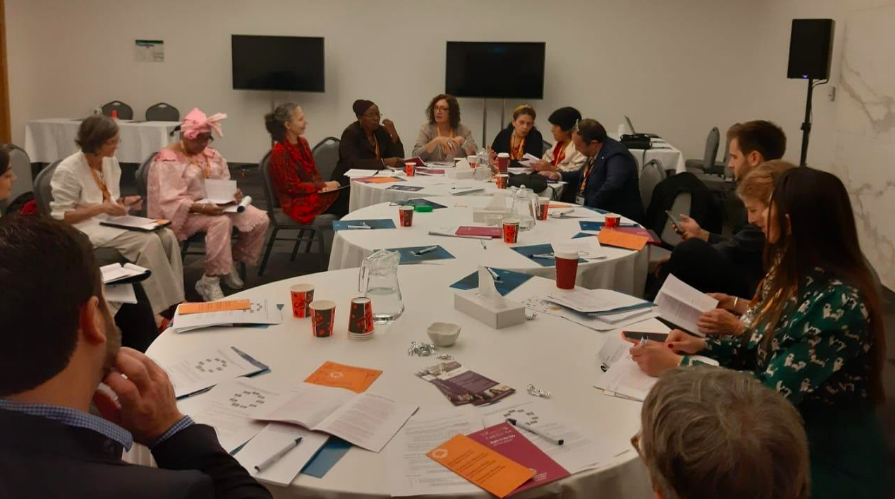 During WUF10, the GPR2C promoted a networking event and a training event, as well as a meeting of its Facilitation Group. The Networking Event took place on the 9th of February with more than 100 people attending and focused on the role of the Right to the city in connecting the Sustainable Development Goals and the New Urban Agenda under a framework of promoting cultural rights and diversity. After a panel discussion that included Nelson Saule (Instituto Pólis), Amanda Flety (UCLG-CISDP), Olenka Ochoa (WPM Peru), Edmundo Werna (ILO), Cathy Dijla (CODAS) and Fana Sihlongonyane (CUBES), an open discussion followed focusing on issues such as: how does the right to the city and cultural diversity contribute to the vibrancy, prosperity and inclusiveness in the process of the development of cities; how can culture and innovation contribute to achieving the transformative commitments of the New Urban Agenda and how prevent that regenerated cities and districts do not displace, marginalize, or erase existing residents ’culture heritage.

On the following day, the training event took place, focusing on how to use the Right to the City to achieve cities with cultural diversity. More than 50 people attended the session. The collective work focused on mapping cultural diversity in cities and on proposing concrete actions or initiatives to foster cultural diversity under four areas: culture, public spaces, social inclusion and democracy. Some of the takeaways from the discussion were the importance of adopting a transversal gender approach, as well as  the need for participatory mechanisms both for the governance of public spaces and for putting in place policies and initiatives to foster cultural diversity. Finally, there was a general agreement over the importance of translating the Right to the City to concrete initiatives that touch the lives of diverse inhabitants in enriching ways.

A critical look at WUF10

The GPR2C considers the World Urban Forum an important space to advocate for sustainable and inclusive urban development under the framework of the implementation of Global Agendas such as the New Urban Agenda and the Sustainable Development Goals. For this, it is key to have a wide range of actors and organizations participating, as well as a diverse set of narratives and visions of the challenges and alternatives at hand, prioritizing the voices of groups and communities traditionally marginalized and living under vulnerable conditions.

Under such a framework, the apparent over-representation of activities and stands promoting the development of smart cities and co-related visions of urban development that often put profits over people’s needs represents an alarming feature that we want to strongly denounce. The undemocratic concentration of decision-making processes, the prominent role of high-tech corporations and the all-encompassing surveillance mechanisms usually attached to the mantra of competitive cities contrast strikingly with the vision attached to the Right to the City of “just, inclusive, safe and sustainable cities, villages and human settlements, defined as commons essential to a full and decent life”.

Moreover, the decision to hold WUF10 at the United Arab Emirates (UAE) was met with great concern by the GPR2C’s members due to the known situation concerning rampant discrimination, lack of protections and highly inadequate living and working conditions for women, children and foreign workers inside the UAE. We were shocked to realize that during WUF10 the activities were carried out in total disconnection from local reality, without offering opportunities to make visible local struggles and to engage with social groups fighting to protect their human rights. Read the full GPR2C note on the Right to the City in the United Arab Emirates.