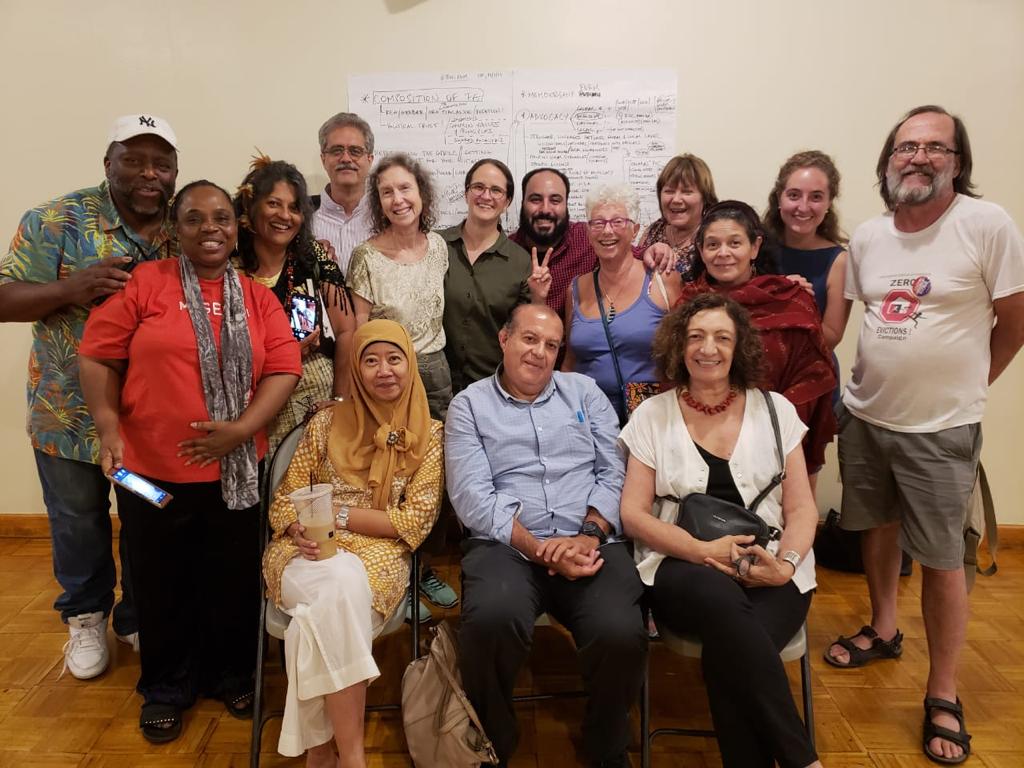 2021 has been a year of challenges, advances and strong mobilization for the Right to the City around the world, acutely marked by the prolongation of the COVID-19 pandemic, the progressive rollout of vaccination campaigns and the gradual suspension of social protection measures, with a consequent deepening of pre-existing inequalities.

2021 was strongly defined by popular mobilization regarding emergency response and  advocating for a rights-based definition on how a “post-covid-19 world” looks like, in alliance with local and global struggles to advance climate justice. In this sense, the Right to the City movement has a lot to add, not only because most of its components are at the core of the debates (housing, public services, diverse and inclusive economies, social function of the city, public spaces and others); but also through it focus on the territorial dimension of human rights and the strengthening of local democracy.

Through these processes and beyond, 2021 was also an important year for reflecting and taking stock. The 20 year anniversary of the Brazilian City Statute (2001) and the 5 years of the approval of the New Urban Agenda (2016) have allowed for an internal and external reflection process on what have been the advances and setbacks for the Right to the City movement and on building a common agenda for the years to come. In this sense, such a process brings the work of the GPR2C full circle to some of its key origins, at a moment of also strong internal reflection for the Platform in itself.

2021 marks the final year of the Ford Foundation support to the GPR2C, one of the main donors since its inception. Throughout the year, the GPR2C has started a collective process with its working groups for consolidating a Sustainability and Financial Resilience Strategy, in which many of its members have actively participated in. Such a process has allowed for key debates and internal reflection, and the building of strategic documents that trace possible paths forward. However, much is still to be done and the first six months of 2022 will be key for securing renewed financial support and for defining what the GPR2C’s work will look like in the years to come.

The strength and plurality of the GPR2C lies in its members, who are at the core of supporting the Platform’s work and defining its future. Thus, at its Support Team we count on your support and inputs in this key moment, being through the dissemination of the open call for fund-raising support, through identifying possible opportunities or in reaching out with ideas and suggestions.

May 2022 bring great opportunities to further strengthen the work of the GPR2C, its members and that of the Right to the City movement as a whole.